After much anticipation, Kawasaki revealed its new Z900RS at the recent Tokyo Motor Show. Now, Kwaka has revealed a Cafe Racer version of the new Z.

Powering the Z900RS is a liquid-cooled 900cc-class In-Line Four – an engine choice that makes the Z900RS unique in this category. The motor is pulled straight from the standard Z900, but with a different tune that favours low to mid range power. 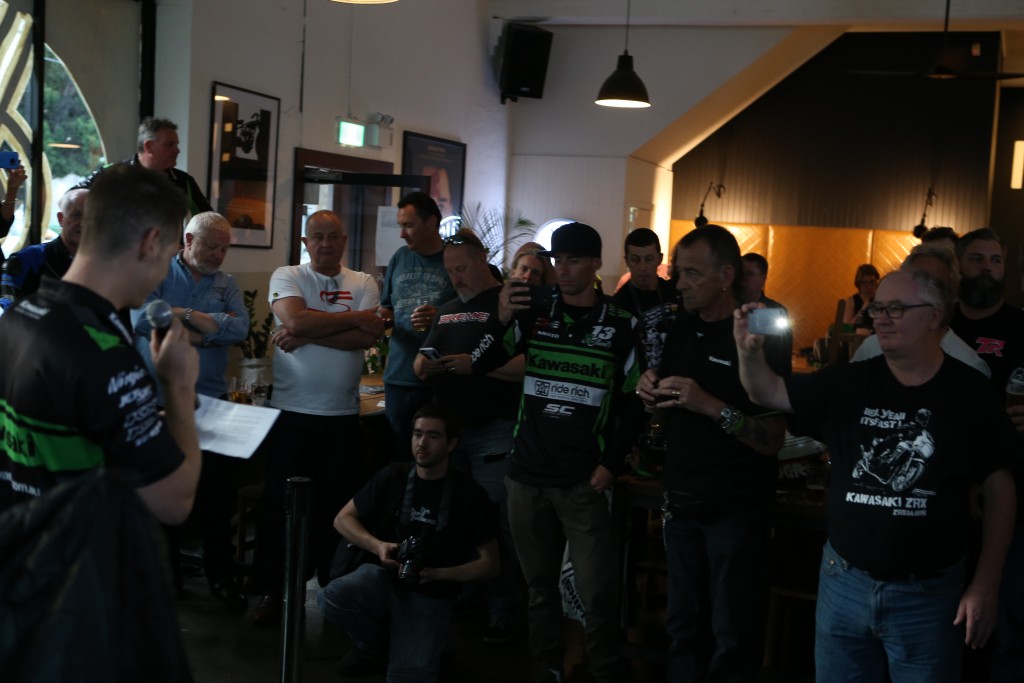 In 1972, Kawasaki launched the Z1. It proved to be a milestone motorcycle and it made history in the Kawasaki model line-up. The four cylinder, four stroke 903cc Z1 was rated at over 80ps, making it one of the largest capacity and highest power, mass production machines available in the 1970’s.

Today, the all-new Kawasaki Z900RS is an evolution of the original Z1 and is set to again make Kawasaki history, by marking its long awaited entry into the Retro category and being the first 948cc in-line four retro model.

To celebrate Kawasaki’s entry into the retro category with the all new Z900RS, Kawasaki collaborated with Deus Ex Machina and commissioned their services to modify two units. The Z900RS lends its self to personalisation and the custom motorcycle culture. DEUS are premiers in this field and they have been given an opportunity to show the world what the Z900RS could become with their intervention.

The Deus custom build project bikes will not be available for sale to the public and they are one-off show pieces that Kawasaki Motors Australia will be using for display purposes.

The next scheduled public viewing of the Kawasaki Z900RS, Z900RS Café and Deus custom build projects will be at the upcoming 2017 Sydney Motorcycle Show from 24th to 26th November at the ICC Sydney, Darling Harbour.

Kawasaki’s 649cc learner-legal cruiser, the Vulcan S, is now available in its new 2016 colours, matte orange and metallic matte grey. Meanwhile, the sandout 2015 purple model is being offered with a free screen kit […]

Australia will host the inaugural Vulcan Riders World Rally on 4-8 November, 2015, and they’re expecting hundreds of enthusiasts from all over Australia as well as overseas. “It is turning out to be a truly […]

So, you are on a budget that limits you to spending around $3000. Don’t despair, there is a range of options available in that price bracket. It’s fair to say that most of them are […]