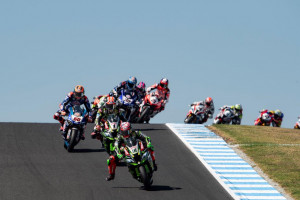 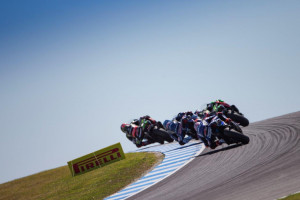 Only two weeks to go till the world superbike riders hit Australia’s Phillip Island, and with the schedule just released the message is clear – get set for a wild ride trackside with a total of 15 races on the agenda for the 2020 season kick-off of the MOTUL FIM Superbike World Championship from February 28 – March 1.

The three-day production bike fest of the Yamaha Finance round features the four world championship races – three WorldSBK and one WorldSSP – and 12 hit-outs across the four ASBK classes. 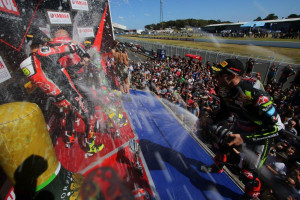 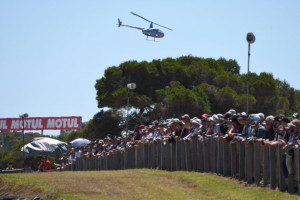 All that activity equates to motorcycles blasting around the sensational seaside circuit from 8:30am until 5:30pm from Friday until Sunday.

Track goers will be able to see the WorldSBK riders for the first time in free practice one at 10:30am on Friday, as Kawasaki’s Jonathan Rea begins his title defence in a grid that features a number of new riders – Scott Redding’s the standout on the factory Ducati – and a return of the mighty Honda Factory Corporation with its all-new CBR1000RR-R SP.

Alvaro Bautista, who took a clean sweep of victories at Phillip Island in 2019, and Leon Haslam have signed with Honda to spearhead its renewed WorldSBK offensive.

The traditional 22-lap WorldSBK races will be held at 3:00pm on Saturday and Sunday, sandwiching the 10-lap Superpole sprint at midday on Sunday.

Eugene Laverty is also getting up to speed after joining Tom Sykes at BMW, while Yamaha’s also added Texan Garrett Gerloff and WorldSSP No. 2 Federico Caricasulo to its ‘junior’ stable.

The final WorldSBK test will be held at Phillip Island on February 24-25.

Meanwhile, the single WorldSSP race at Phillip Island will be held at 1:15pm on Sunday, with reigning champion Randy Krummenacher now collaborating with MV Agusta after winning the 2019 title on a Yamaha.

Local attention though will focus on Australia’s 16-year-old Oli Bayliss, son of three-time world superbike champion Troy, who has been granted a wild card in WorldSSP for the Phillip Island opener and will campaign the Cube Performance Yamaha YZF R6.

“I’m excited, and dad and I just decided if the opportunity comes, we’ll give it a go,” said Oli who has a demanding Phillip Island schedule racing both WorldSSP and Australian Supersport. “It’s a great opportunity to ride with some of the fastest guys in the world and see how I can place amongst them.”

Local guns come out to play

Australian hostilities kick-off at the WorldSBK opener at Phillip Island, and if late January’s testing is any guide we’re in for 12 cracking races.

In Superbikes, Victorian Wayne Maxwell aboard his new Ducati Panigale V4R has just cranked out the best ever lap at Phillip Island for an Australian Superbike – a 1m31.776 blitzer on the 4.445km circuit – set in searing heat.

Maxwell has sorted himself with the same machine defending champion Mike Jones will ride in 2020.   Jones was not far behind on his Desmosport Ducati, second on the time sheets with a 1m32.434 time to his credit over the two-day Phillip Island test.

Last year’s towering Supersport presence, Tom Toparis, will compete at Phillip Island before he heads overseas for the balance of 2020 (which will see him ride WorldSSP in Europe), but he’ll have his work cut out against the likes of Jack Hyde, Oli Bayliss, Nic Liminton, Broc Pearson, Jack Passfield and Max Stauffer – the son of multiple Aussie Superbike champion, Jamie, who’s making the move up from Supersport 300.

While Superbikes and Supersport are the horsepower kings of the Australian categories at Phillip Island, Supersport 300 and the Oceania Junior Cup – a junior road racing academy that began in 2019 to develop our next stars – are where the most positional changes will occur as riders continually jockey for position around the grand prix circuit.

That promises action aplenty with a premium on corner speed, late braking and plenty of youthful bravado!

Buy your tickets today and save 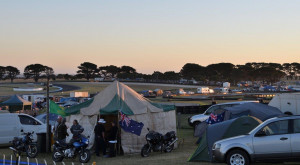 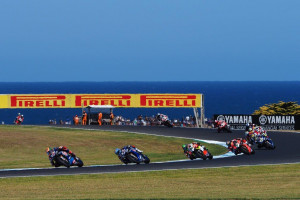