In the face of Covid-19, social distancing and a collapsing economy, Australian Road Rider brings you the definitive guide to how motorcycling can keep you sane, without costing a fortune…

By the RR Crew

Various studies over the years have shown riding is good for mental health, with motorcyclists reporting they feel better and more able to face the world. At a time when so many Australians have seen their world turned upside down, we thought it was appropriate to offer up some ideas on how you can ride bikes without spending too much. 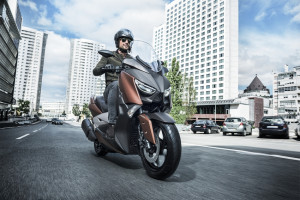 Do you live in one of Australia’s big cities? If so, you probably have access to decent public transport (where no one can effectively social distance) and maybe even a car-sharing service like GoGet, Flexicar or Car Next Door.

These services operate by charging members hourly and distance travelled fees, with the vehicle itself parked in its dedicated spot near where you live. They are most common in inner-city locations and you’ll avoid having to pay for parking, rego, fuel etc.

Another excellent feature of the services is the variety of vehicles available; grab a small car for the job interview on a rainy day, a van to take your bike to a track day, an eight-seater for a family outing.

Using taxis or Ubers when you have a car in the driveway seems really expensive — but if you’re heading somewhere expensive to park or you’d like to have a drink, the equation can change.

If you’re half of a couple and have two cars in the driveway, sell one and buy a scooter or bike suitable for carrying two people. You’ll have a bike and can save a fortune. If you buy a new car for around $40,000 on finance, it’ll end up costing you around $10,000 a year in depreciation, registration, insurance, maintenance, fuel and interest — that’s a lot of hire cars, GoGets and Ubers. 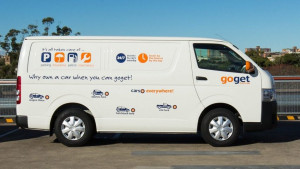 There’s no doubt riding to work can save you money, but if you try it on a big-bore machine which chews through tyres, you’ll be disappointed; there won’t be any savings over driving and public transport will probably work out cheaper.

The trick is to use the Smallest Viable Bike (SVB). For some people, the SVB is a 50cc scooter, but most readers of ARR would find that, well, unacceptable. We actually like scooters around here — editor Nigel loved the convenience of his wife’s Majesty scooter back in the days when they lived in Sydney, and Phil James has shown more than one sportsbike rider how it’s done on his T-Max 500.

However, the bigger scooters aren’t super cheap and really are for people who like them, while most Australian riders don’t consider smaller scooters a SVB.

A possible exception is the Yamaha Xmax 300: $8499 ride away, Learner-legal and a weapon around town. It’s comfortable and convenient thanks to heaps of carrying capacity and a big seat for two big Aussie bums. It’s also easy to ride and fitted with ABS and traction control.

There are a bunch of great bikes available for under $8000, brand new — bikes which will give you years of service, with two-year warranties and a great resale price. Check out the Kawasaki Versys-X 300, Yamaha XT250, Suzuki V-Strom 250 and Honda CRF250 Rally.

Sharp-eyed readers will have noticed a theme there — all those bikes are in the trail/adventure category, so you’ll get multiple uses out of your bike. Ride it to work on weekdays, go exploring on weekends.

If you own a big road burner and would like to try exploring some dirt roads, these are great bikes to start on and they are also perfect for riding to work because they are light, economic, easy to park, cheap to run and can easily jump kerbs and errant pedestrians.

But what they aren’t is physically small; they are all comfortable for the average Aussie to ride — you won’t feel like a panda riding a tricycle.

Much of your bike’s running costs come down to choice: the bike you chose to buy. If you’re looking for the perfect SVB, it’s worth checking out the service intervals — most bikes these days are around 10,000km or once per year. Of course the longer the better, but if you’re only doing 5000km per year it doesn’t really matter if the service interval is 10,000 or 15,000.

Doing some of your own maintenance can reduce costs too, although don’t be fooled into thinking that just means changing the oil and filter, but that’s a good start. Keep in mind you have to have the bike serviced as per the owner’s handbook for the warranty to be valid, but any licensed mechanic can do it — it doesn’t have to be done by a dealer.

Smaller bikes generally have cheaper registration and compulsory third party insurance than bigger bikes and in Queensland, you can get cheaper rego if your bike only has one seat — so remove the rear footpegs!

When it comes to fuel, all new bikes, in theory, should be fine with E10 — but don’t do it. Manufacturers extract relatively high performance from motorcycle engines and they are invariably designed to run on at least 95RON, but you’re probably wasting money buying 98. Even if you can run E10, you’ll probably get better fuel economy from 95 anyway.

If you’re buying from a dealer (new or secondhand) you’ll probably be offered a finance package, and these days it’s worth having a look. Years ago it was much cheaper to borrow the money directly from your bank if you could, but these days it’s much more competitive.

Believe it or not, a low-interest credit card can also be a useful way to fund a commuter bike because they can be paid off quickly if you come into extra cash and are also great for that unexpected expense — but if you’ve never had credit before, be careful how you use it.

It can also pay to keep an eye out for manufacturer promotions, which are often advertised in ARR — low-interest finance, free accessories, reduced Ride Away prices and more.

You can certainly save hundreds, if not thousands of dollars by buying secondhand. If you’re an experienced rider looking to add a cheap bike to the stable for commuting or simply to reduce wear-and-tear on the big-bore pride and joy, going secondhand is probably best because you’ll probably have the experience to spot a bike which hasn’t been looked after, requires lots of work or has been thrashed — and avoid it.

So many people new to riding can’t identify those things though, and would be better buying new from a dealer. Everything from the tyres to the mirrors will be new and there’s a factory warranty to look after you if anything goes wrong. The last thing a new rider needs is unexpected expensive surprises like needing to replace brake pads, tyres, chains and sprockets — or worse, suffering a major mechanical problem. 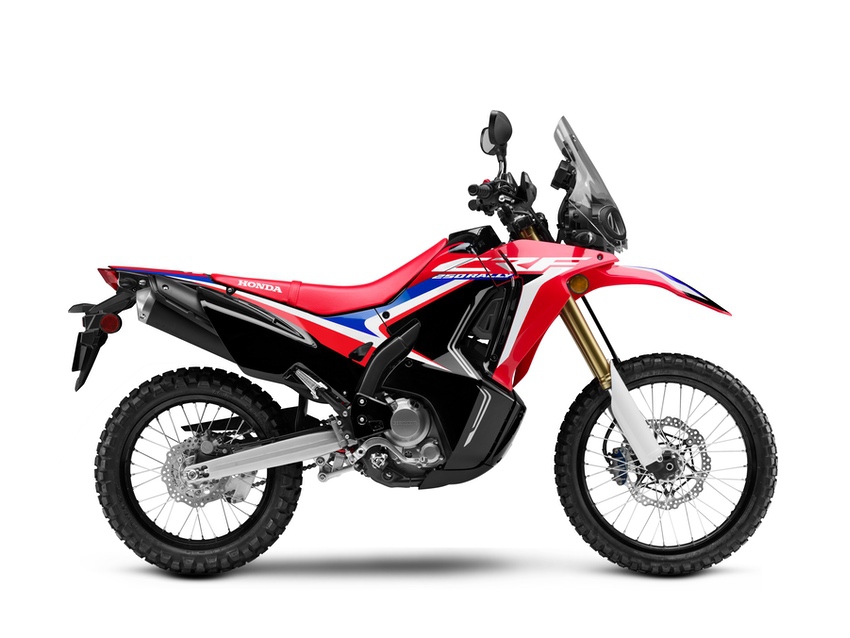 It’s remarkably cheap to get into riding if a small, light bike suits you, and you’ve got lots of choices at pretty cheap prices.

Suzuki has its GSX-S125 ($4190 ride away), Honda the CB125E ($3438) and CFmoto the 150 NK ($3490 ride away). All are naked machines powered by single-cylinder four-stroke motors, just like about 99 per cent of the world’s bikes — so finding people who can work on them is easy. 125s are easy on tyres and other components, super light and will still get up to freeway speeds (although they might take a little while to get there).

The 250-650cc category has a huge range of machines to choose from which are excellent commuters and everyday bikes. Nearly every manufacturer offers something, from the CFmoto 250NK at $4290 to the Harley-Davidson Street 500 at 10 grand.

In between are some excellent commuters, like the Yamaha MT-03, Kawasaki Z400, Honda CB500 and Suzuki SV650.

It’s pretty easy to spend $4000 or so on a large-capacity machine with the idea of riding it to work, thinking it’ll save you money … but it probably won’t. Generally you’ll be paying full rego and insurance costs, big bike tyres aren’t cheap, and they can use as much fuel as a small car — and maintenance is higher too.

There are many good reasons to consider a cheap big bike — they can be a lot cheaper to own than a new bike — but thinking it’ll be cheap transport is likely to be false economy.

That said, if you do regular longer trips across country roads, a big bike might make more sense. Look for something you can fit touring tyres to, do your own maintenance, and maybe convert to a single-seater if you’re in Queensland. 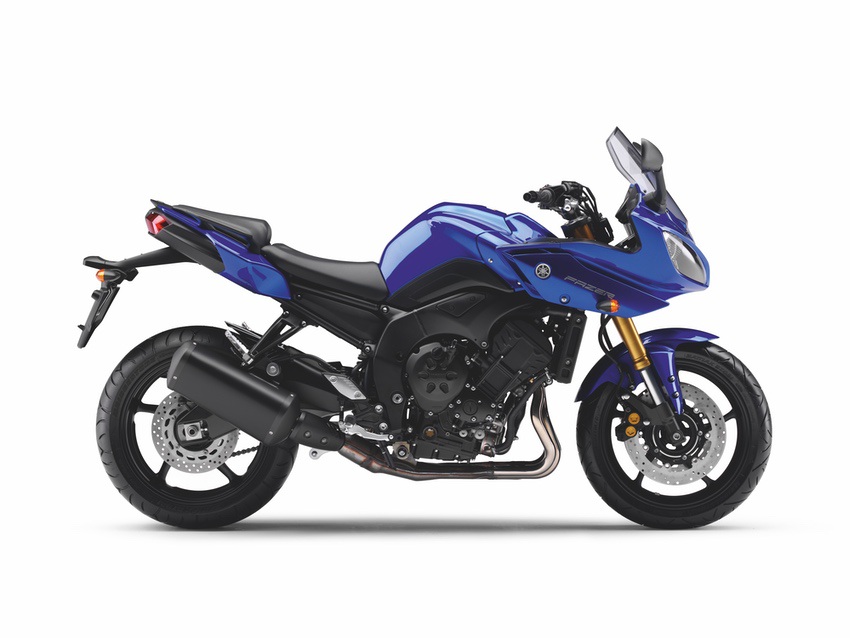