“I’m thrilled to announce that I’m joining the Triumph family and even more excited to be a part of their new endeavour into the off-road product category,” said Carmichael, commonly knonw as the G.O.A.T (Greatest of All Time, thanks to his unequalled winning record in top-level motocross and supercross racing).
“This is an incredible opportunity for me to join this historic brand, and I’m honoured and humbled to be a part of the development and release of Triumph’s off-road motorcycles. Building something from the ground up is something that really is intriguing to me at this stage of my career. What is impressive to me is Triumph’s dedication and passion to develop a top-of-the-class product. Everyone who I have been involved with in this project, from the engineers, design groups, R&D department, has shown extreme passion for what they’re doing, and that’s a recipe for success and something that I love being a part of.

Little is currently known about the bikes themselves, with Triumph’s announcement possibly a pre-emptive strike against rumours and leaks getting out to the press and social media. We don’t even know if the bikes will be 2022 models or later…

Triumph has announced it will be letting us know in the coming months a timetable for the reveal and then launch of the bikes, plus its plans to race the machines. ARR suspects we’ll only see the bikes from the grandstands for a while as the race program helps with development and builds interest in the new machines before they go on sale.
One man who is excited by the news is Triumph Australia’s Managing Director, Paul Chiodo.
“Triumph has a rich heritage in off-road motorcycling that harks right back to its roots.
“The confirmation that this beloved British brand is entering the off-road market is hugely exciting for Triumph enthusiasts across Australia and, through our network of passionate dealers, we look forward to welcoming them. This is going to be huge.” 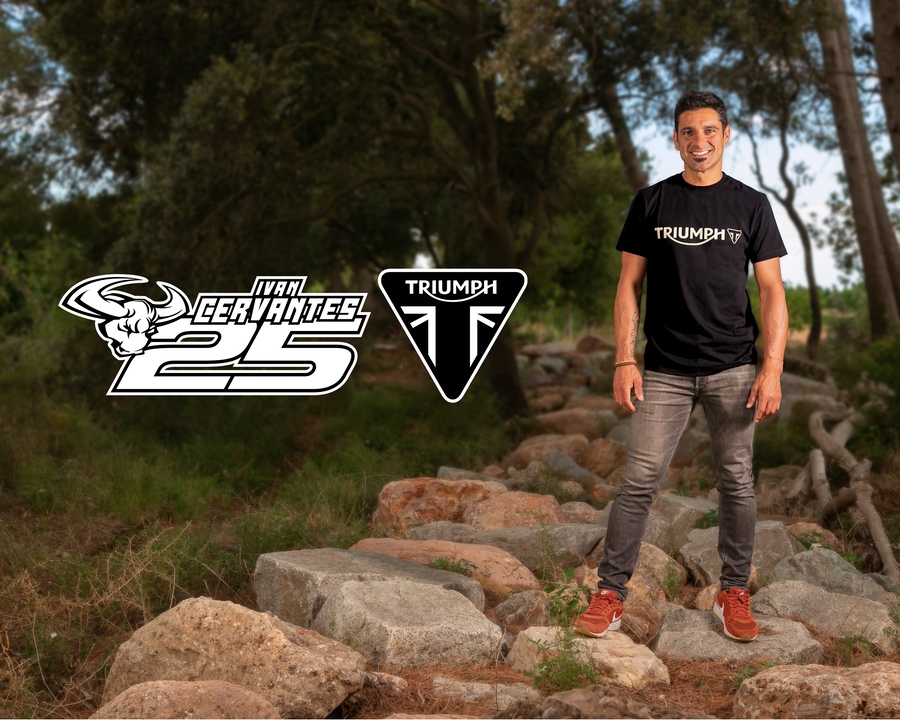 For five-times World Enduro Champion Iván Cervantes, working with Triumph is something he’d never dreamed of despite being a fan of the brand.
“I’ve loved Triumph motorcycles since I was a small kid, seeing them in films and on television. So to be working with Triumph from the beginning of this project is an amazing opportunity for me – not just because it’s working with one of the world’s greatest motorcycle brands, but also for being part of building something from zero. It’s a dream come true for any racer!
Like me, everyone I’m working with at Triumph is focussed to make the bikes the best they can be. I cannot wait to see the bikes competing at a world level, but I also look forward to when I can stand in a Triumph dealer and know I was part of this very special project.”

Triumph’s retro Bonneville range has been reinvented with two new liquid-cooled 900 and 1200cc engines powering a five-model line-up of Street Twin, T120s and Thruxtons. The new powerplants are what you might call retro-tech; except […]

Triumph has a two-bike Tiger 800 lineup, the XR and XC, and there’s such a significant difference between the two models that you should have no doubt which one was made for you. It all […]

Triumph is kitting up its 1600cc Thunderbird with free touring gear until the end of July, giving you up to $1700 in extra value. The big-bore Triumph is one of the best handling cruisers on […]