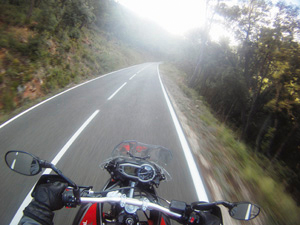 I’ve decided that I want to put together another book. The idea is to go and ride the world’s greatest bike roads, photograph them and then write about them.

Seriously, there is nothing I wouldn’t do for you.

I have scoured the interwebs and, although dozens — hundreds — of great motorcycle roads are mentioned, there is no convincing attempt to go for the absolute best. Well, I happen to be fortunate enough to be able to ride just about anywhere I want to these days, so I’m putting my hand up. I’ll do it! Yes, I’ll ride the top bike roads for you (and, just coincidentally, for me). Not all of them right away; this will take a while.

But we have to decide which they will be, and of course how many.

There is a pretty authoritative listing of the best drivers’ roads on the web, and out of respect for the Top Gear crew (well, the little bloke and Captain Slow, anyway; Clarkson isn’t a motorcyclist so he doesn’t count) I have decided to nominate as my (tentative) first road the one that they decided was the best driver’s road of all: the Col de Turini in France. I haven’t ridden it yet but I will later this year and I’ll confirm (or eliminate) it as my choice.

But this isn’t all about me. See how considerate I am? 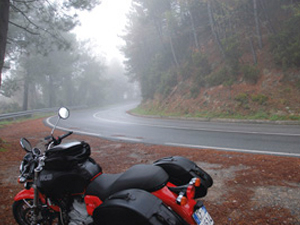 It’s also your opportunity to choose. The interwebs list includes such roads as the Overseas Highway over the Florida Keys, but much as I’d like to ride it I can’t see it as a great bike road. It’s all kind of straight — just like a long bridge. I think what we’re looking for here is roads that offer some exciting riding, but with something extra. What should that something be? That I’ll leave up to you.

Naturally, this list is open to roads from Australia and New Zealand just as much as the flash Alpine passes; no cultural cringe here!

One other important consideration: this is an attempt to find the world’s best bike roads. Not the world’s best sports bike roads, or cruiser roads, or whatever, which is why we’re running this call for nominations in both Cruiser+Trike and Australian Road Rider. That means, I suspect, that some of the nominations will be quite different from others: some will be fast and furious, others relaxed and gentle. And so on. All are in with a chance.
This is not a popularity contest. It’s not a democratic process, either. Just because a road gets a lot of mentions doesn’t mean it will get a guernsey. What it does mean is that it will probably get a chance to show its stuff when I ride it, but I’ll judge each nomination on its own merits. And yes, I’ll decide what those merits are — but I will defend them publicly. 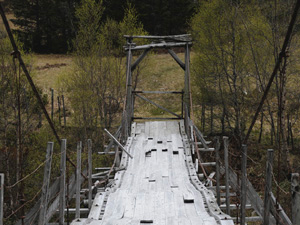 Obviously, I have bounced this idea off a few of the random, mumbling hangers-on here at the palatial ARR offices. They can very rarely agree on anything, but they have pulled themselves together long enough to nominate four roads, which go straight into the ride-off:

Send your nomination/s in now to thebear@universalmagazines.com.au. It would help me a lot if I could compile the list of nominated roads reasonably soon so I can plot a way of riding them. And of course of breaking the news to Mrs Bear that I need to go exploring again …

Nominate your best road and you could win a prize
We have three Top Gear Legends Series Mick Doohan NSR 500 Collectors Edition models to give away to three readers who nominate what we think are outstanding roads. You have until the end of October to get your Best Roads entries in to thebear@universalmagazines.com.au See our Newz section (page 90) for full details about these intricate scale models of Mighty Mick’s ferocious Honda.