The Royal Enfield boasts the longest continuous production run of any current motorcycle manufacturer, stretching back to 1901 and manufactured exclusively in India since 1967. Recently they have released their 650-twin Royal Enfields, which represents a serious assault on the global market. 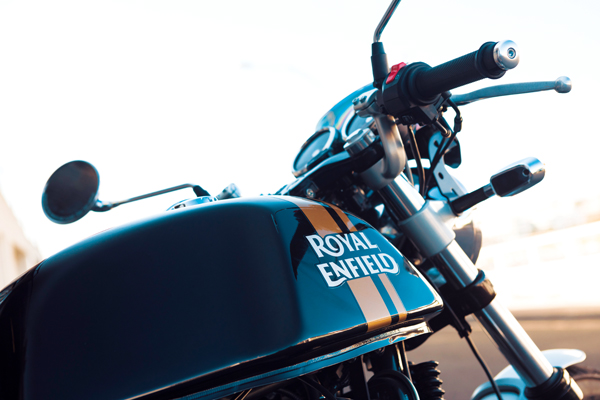 On top of this Royal Enfield is the most profitable and fastest-growing motorcycle manufacturer on the planet, boasting sales of 850,000 units annually in 53 countries. That’s over 70,000 per month, which is more than double what it used to sell on an annual basis only 10 years ago. That’s what you call an impressive-looking sales chart and goes some way to explaining the obvious pride and enthusiasm being shown by the high-ranking Royal Enfield officials from India present at the launch. 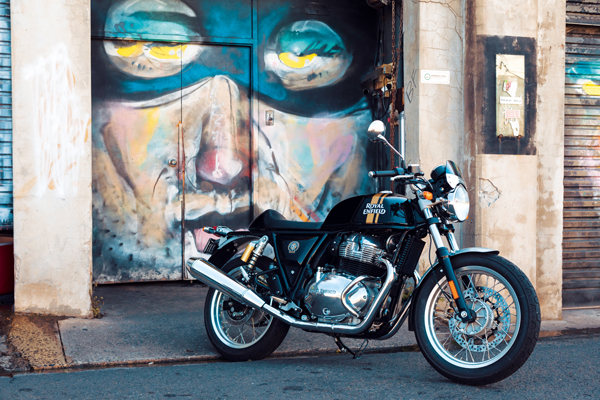 The two Royal Enfields, these being the Interceptor and the Continental GT, differ very slightly in geometry, weight and wheelbase, but mainly in looks and ergonomics. The GT has the racier layout with clip-ons, smaller tank and slightly more rear-set ’pegs. The Interceptor is more upright, with a higher, flatter, cross-braced ’bar, a curvaceous tank, more forward ’pegs and a different seat. In all other respects, except paint and price, they’re the same bike. 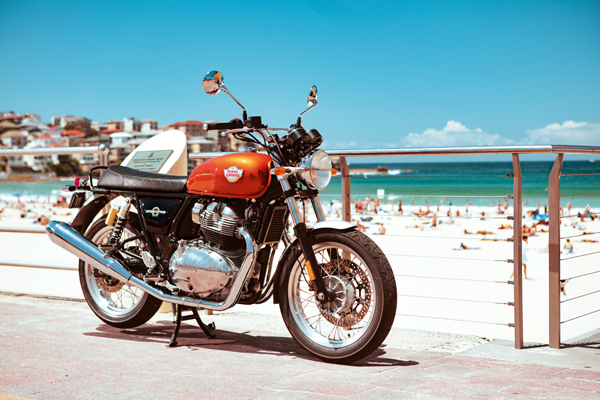 Although sharing similar DNA, the two bikes do feel quite a bit different. Both can be flicked around with ease and feel lighter than their nigh-on 200kg kerb weight suggests, however there was no doubting the Interceptor felt better on the edge of the front tyre than did the slightly tippy feel of the GT as it approached ’peg-scraping lean angles.

Building public confidence and a reputation as a reliable and serious brand is surely just the tip of the iceberg for Royal Enfield.

Grab your copy of Road Rider #151 in store now for our full review and more.

Indian Springfield is ready to travel

Indian has annoucned a new touring bike in its 111ci Chief lineup, the Springfield, which takes aim at Harley’s Road King. The Springfield is intended to be more versatile, though, and can be stripped down […]

Got your money ready? Only 10 of these limited-edition Indian Scouts are available, so you’d better be quick! Indian Motorcycle Australia commissioned the special styling to create the third in a line of very limited-edition […]