Yamaha Motor Australia (YMA) has subtly updated its R3 lightweight supersport as it hits local showrooms with refreshed styling, improved ergonomics and enhanced corner stability, courtesy of an all-new suspension setup. According to a spokesperson from YMA, the brand is confident these changes will help the bike take the reigns as segment sales leader from Kawasaki’s Ninja 400, which topped the charts last year.

Available in three colours — Yamaha Blue, Power Black and Candy Satin Red — the R3 is on sale now at $6299 plus on-road costs, and comes with a 24-month/unlimited kilometre warranty.

The road portion of the Australian Yamaha YZF – R3 media launch was held in Sydney’s Blue Mountains — a long tarmac loop to get to grips with the refreshed sportster. Climbing on for the first time and the ergonomic changes are clear. Yamaha has lowered the handlebars by 22mm, and while it’s not as dramatic as a modern litre bike, the body position feels aggressive and suited to fast riding. 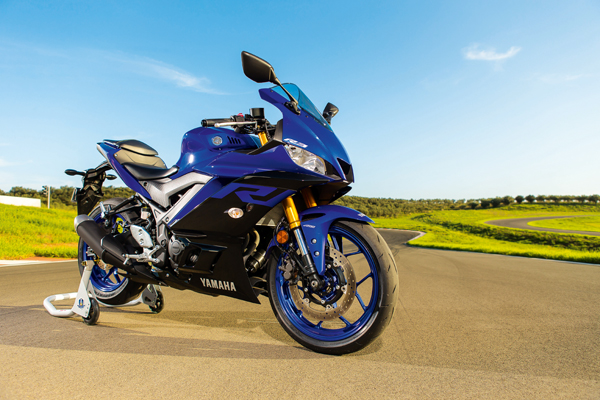 In day-to-day running, the carry-over 321cc liquid-cooled parallel twin is impressively capable, delivering approximately 31kW at 10,750rpm, and 30Nm at 9000rpm. Power is sent through a fairly standard six-speed gearbox. Nothing special, but no complaints there.

With the addition of the new front fairing, Yamaha has developed a “YZF-R1-inspired” dual LED headlight system, though we did not ride the bike at night to test its functionality. Braking power is strong from the floating twin-piston calliper squeezing a 298mm disc at the front, while the rear is noticeably weak, making do with just a single-piston, 220mm-disc setup. 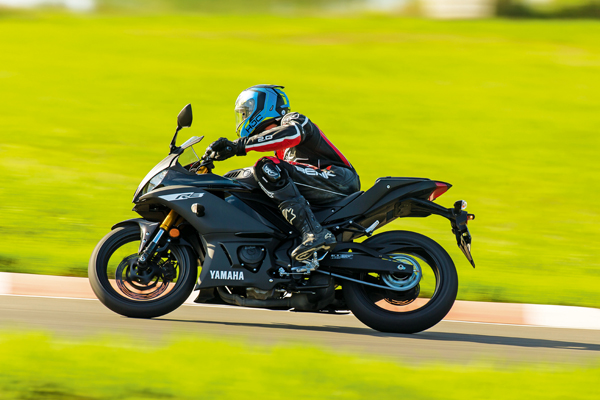 Will it out-sell the Ninja 400? That remains to be seen, but it is clear that the updated Yammy is fit to go toe-to-toe in the next sales year. Watch this space. ARR

Yamaha today unveiled the 2016 YZF-R1 and YZF-R6 in special race-inspired yellow colour schemes that add more flair to the company’s 60th anniversary celebrations. The two sports bikes look stunning in the colours that have […]

By Nigel Paterson. Photos Paterson & Suzuki Australian Road Rider attended the recent launch of the Suzuki Katana we’re impressed! Make sure you get issue 153, out in November, for the full, detailed test… It’s […]