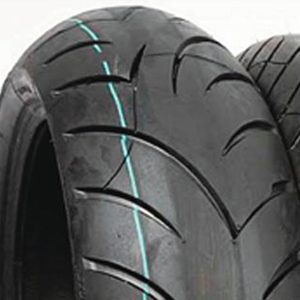 We are putting as many different tyres as we can on our long-term Yamaha FZ8S to get a consistent idea of each tyre’s wear, grip and handling characteristics

They have received massive compliments over in the European market, so we fitted a set of Avon’s Storm ST 2 Ultra sport touring tyres to our long-term Yamaha FZ8S to try them out for ourselves.

After the Conti Road Attack 2s, which were stiff in construction, the Storm ST 2 Ultras are a little softer, giving a more comfortable ride. The difference this makes to the way the tyre works will only be felt by those riding to a standard that would exceed the capabilities of most public roads, so it’s really of no concern to us.

One of the first things that strikes you about the Avon ST 2 Ultras is how deep the tread is. A quick measurement revealed 6.67mm of rear tread, which is far more than any other tyre we have fitted, or will fit, to the FZ8S. After 2483km, the wear rate has been excellent, only coming down to 6.29mm, giving a guesstimated life of around 17-20,000km.

The Storm 2 Ultra is an evolution of the award-winning Storm ST range, giving you more mileage and more grip. The multi-compound Super Rich Silica (SRS) tread gives the rear tyre a claimed extra 12 per cent mileage over the older ST tyre.

New technology incorporated in the zerodegree belting improves dynamic damping within the carcass. This new technology not only increases mechanical grip, giving improved traction in both the wet and dry, but also enhances handling and ride comfort.

In the wet, the tyres were a little slippery for the first couple of kilometers until they got some heat into them when compared with the Contis, but they still provided far more grip than the OEM Bridgestones.

The large directional tread siping helps evacuate water with force and I never had any feeling that they would aquaplane, so overall they’re a competent wet weather performer. The reverse-directional tread on the front tyre also resists tread “cupping” caused by trail-braking into corners, giving you more stability.

In the dry, the cornering grip available over on the sides of the tyres is great. Avon has constructed the Storm 2 Ultra with a tighter spacing of the steel windings in the centre for better carcass control and less heat buildup (for longer mileage), and wider spacing out towards the shoulder of the tread for increased grip where the tyre can work and give its maximum. Avon calls this its “Reactive Footprint” (RF) technology, producing a footprint that changes size and shape depending on the bike’s lean angle, growing in size the further over the bike goes.

Available in the majority of sizes for sports touring bikes — six fronts and nine rears — retail pricing has the 120/70/ZR17 at $221 and the rear 180/55/ZR17 at $298. An added bonus is that Avon gives a limited road hazard warranty with these tyres, meaning that if a tyre is punctured within the first 1mm of wear, you can get a free replacement. How good is that!

Avon tyres are distributed by Pro Accessories; check ’em out at www.proaccessories.com.au, contact them at sales@proaccessories.com.au or give them a buzz on (07) 3277 0675. This is the tyre to get if you want a good all-rounder that will give you lots of wear.