There is no third class

From Jerilderie to Barringun, one of our newest named roads zigzags through Outback NSW. The Bear followed a bit of it

‘We owe respect to the living; to the dead we owe only truth.’
Voltaire Oeuvres 1785

So we now have a road, or indeed a whole lot of roads, named after Sir Sidney Kidman – also known as the Cattle King. No doubt those of you to whom high school history is not completely lost in the mists of time will recall that this is the man who once owned more than 100 cattle properties with an area greater than that of England, Ireland, Scotland and Wales combined.

But were you ever taught that he could also be a right bastard?

In a country where doing the right thing by people who were out of luck is a given, Kidman stands out as someone who not only refused to help the swaggies who came to his door but also abused them.

“Theodore, before he eventually arrived in North Queensland, had walked an astonishing 23,000 kilometres, one of his many great walks. Short of food, he and his companions walked up to the homestead of Sir Sidney Kidman. 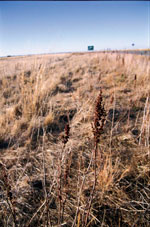 “Now, Sidney Kidman was not an aristocrat, not New South Wales Corps or inherited British wealth. He was certainly no station worker for the English absentee.

“Theodore called in and asked if could he buy some rations and in an incident he never forgot, Kidman refused, and sent him packing, berating him as a loafer – bludger would be the modern term.”

Kidman was a cattle duffer as well, although to give him credit he expected everyone else to be the same. Bob Katter also recounted the story of “the time one of [Kidman’s] managers was prosecuting a neighbour for thieving unbranded cattle. Kidman removed the charges and sacked the manager. Kidman, himself a one-time poddy dodger of great note, observed ‘if it don’t have a brand then it means you don’t want it’.”

There was a light side to the man as well.

“Kidman was representative of another type of Australian,” said Katter. “Sidney Kidman, then Sir Sidney, was asked on the ABC in a memorable interview recorded for posterity, why he always travelled second class on the railway when he was easily the richest man in Australia.

“’That is an easy question to answer because, my boy, because there is no third class’, he replied.

“Kidman, even in old age, would pick up nails off the ground, chide his manager for waste telling him to straighten them and use them again.”

The Kidman Way is named from young Sidney Kidman’s dream of building an all-weather beef “road”. Not so much a real road, this would be a chain of cattle stations stretching from the flood plains of western Queensland and South Australia to the rich cattle markets of Adelaide, Sidney and Melbourne. This chain of stations would allow Kidman to move stock from one property to another during drought and allow his cattle to survive the dry times and get to market fat and rested.

After some 60 years, that dream had come true. Sir Sidney Kidman, the Cattle King, was Australia’s greatest land owner and he had his chain of more than 100 stations.

A real all-weather beef road was completed in 1999, when the final section of the road linking Jerilderie with Barringun on the Queensland border was sealed. Reasonably enough it is called The Kidman Way, in honour of the man who built his own “road” out of cattle stations.

The Kidman Way runs almost 800 kilometres through Outback New South Wales and is a great introduction to the wide open expanse of western New South Wales, particularly for those riders (yes, I know you’re out there) who prefer to stay on the tar.

The Kidman Way officially starts just outside Jerilderie on the Newell Highway. Jerilderie’s claim to fame is a raid by Ned Kelly and his gang in 1879. Ned wrote his now-famous Jerilderie letter, a rambling collection of self-justification and complaints about his mistreatment at the hands of the law, at the Post Office before escaping with the rest of the gang.

The town’s small man-made lake is a good spot for a rest stop. Take a look at “old steel wings”, an enormous windmill dating from 1910 that was transported from a nearby station when the lake was built in 1979.

From Jerilderie, The Kidman Way passes through Coleambally and Darlington Point, where there are some pleasant places to stop along the Murrumbidgee River. Griffith is next, a bit of an oasis in the dry landscape. There are good views from Scenic Hill and you can ride to the top.

Pioneer Park Museum is nearby, with more than 40 heritage buildings, most of them from nearby settlements and properties. The main attraction of Griffith is its wineries, of course. The principal varieties grown are semillon, shiraz, chardonnay, cabernet sauvignon and merlot. About a dozen wineries are open to the public for tastings and cellar door sales.

North of Griffith, The Kidman Way travels 366 kilometres across the Western Plains to Cobar. This is where the Outback really starts, sort of (you know the old saying that the Outback is always 50 miles further on from where you are, don’t you) so be extra wary of kangaroos and emus. Someone told me just up the road here that bikes are safe because they “whistle” and that scares the varmints off but I know too many riders for whom the whistle blew anyway.

Merriwagga is just up the road from Griffith. This is another of the places that claims to be the origin of the term “black stump”. Local legend has it that the wife of a bullocky was burnt to death while cooking a meal on a campfire. The husband apparently commented that her body “looked just like a black stump”. Grim but more interesting than most of the other claims to the phrase. You might take time out to check on her burnt remains, which are supposedly buried in Old Gunbar Cemetery.

Hillston is next, with its historic shopfronts and overhanging verandas and a nice rest area on the Lachlan River. Then you’re in for a long, straight stretch to Cobar interrupted only by Mount Hope, once a popular spot for Australia’s motorcycle journalists to misbehave. It’s another 160 kilometres through dry stunted trees and mallee to Cobar.

The town makes its living from mining gold, zinc, lead and silver. One of the few tourist attractions is the Great Cobar Outback Heritage Museum and tourist information centre on the eastern side of town. Kidman had a butcher’s shop here and I have always found the pubs pleasant and the folk of Cobar friendly.

It’s not quite 300 kilometres from Cobar to Barringun via Bourke. Before he started his butcher’s shop, Kidman took copper ingots to the Darling River port of Bourke by bullock wagon and returned with supplies to Cobar.

The name Bourke has long suggested the beginning of the Outback. Major Mitchell was the first European to settle at Bourke. He built Fort Bourke Stockade in 1835 and it’s still sort of there – you can tour the stockade site with its replica. In the 1880s, more than 200 paddle-steamers loaded wool and Cobar copper at Bourke and took them down the Darling River for shipment to Adelaide and Melbourne. It’s another 130 kilometres to Barringun and the Queensland border.

I wonder what Red Ted would have thought of naming a road after the man who turned him away and insulted him? Actually, I think I know – you might have noticed that the Kidman Way stops at the Queensland border and becomes the Matilda Highway. It seems the Queensland Left has a long memory.

Sidney Kidman was born in Adelaide in 1857, the fifth of six sons, to an English immigrant couple. His father died when he was only one year old. His mother remarried but his stepfather was a drunk, a brawler and a spendthrift.

Sidney ran away from home at the age of 13 on a one-eyed horse to become a drover like his four brothers before him. He eventually went into business with his older brother, Sackville, supplying meat to the miners at Broken Hill. He also traded in horses and ran a coach company that rivalled the famous Cobb & Co.

His great ambition was to become a cattleman. In the late 1800s and early 1900s, he embarked on an unprecedented land buying spree that was intended to ensure that his livestock would always find water, even in the severest drought. Eventually he owned more than 3 per cent of Australia. He was Australia’s most famous millionaire at the time and a bush legend. His stinginess was legendary but so was the loyalty he inspired.