It takes MV Agusta Paramatta dealer principal, David Song, a bit more than just a new bike to get him excited. But he was clearly as proud as a new dad with the sparkling pre-release Brutale 1000 RR fresh off the plane and out of its crate.

“Right now, it’s the only one in the country,” says David, “we air-freighted it in especially from Italy.” 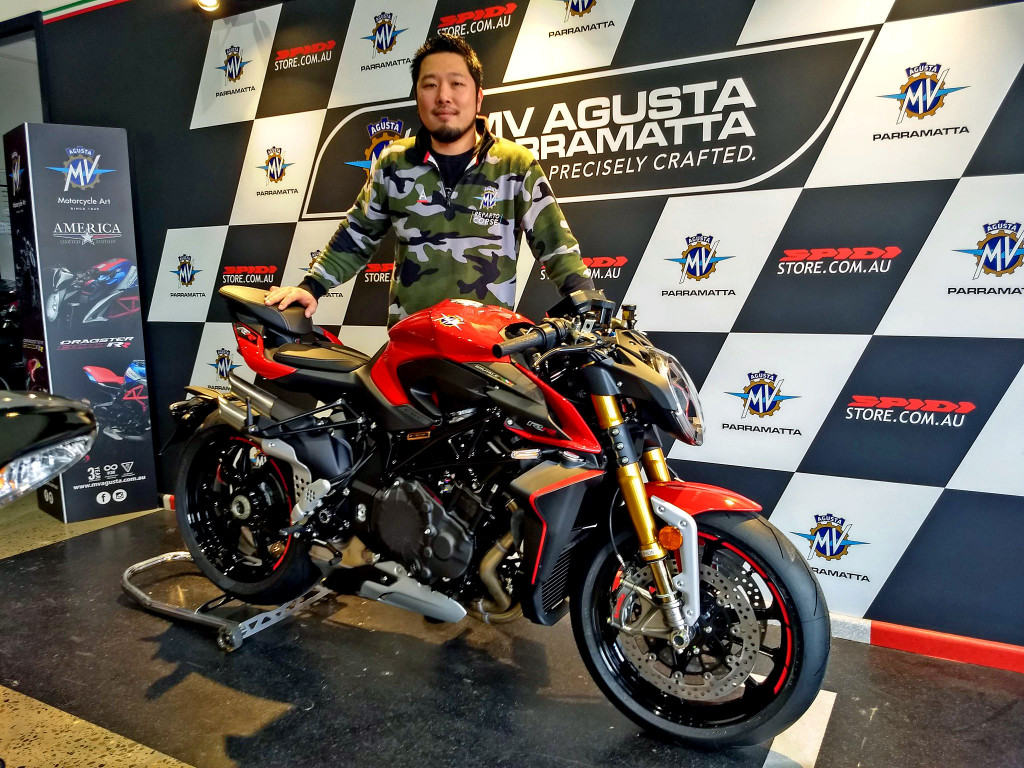 The bike has its origins in the ultra-desirable Oro and comes with a retuned F4 4-cylinder, 16-valve powerplant that produces 208 horsepower at 13,450 rpm. 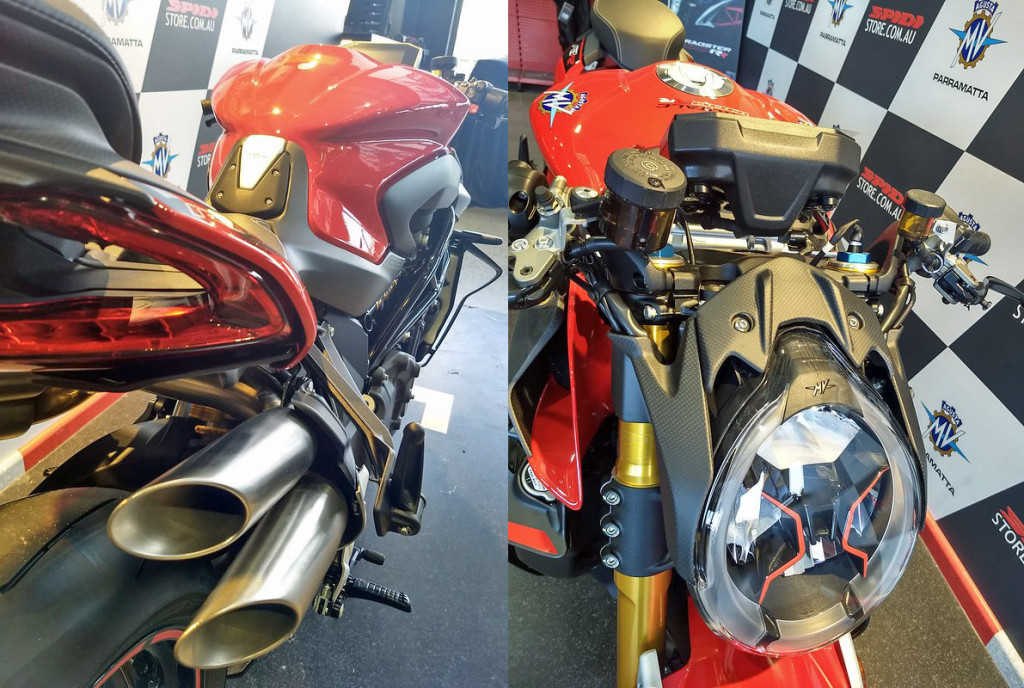 “We’re not sure how many we’ll get here in Australia just yet,” says David coyly, “maybe a dozen depending on demand.”

As we’re talking, the phone rings and a deposit is promised, so that’s one sold. The asking price? A shade over $52,000 here.

Is this the most beautiful motorcycle in the world?

The MV Agusta F4 Claudio is the culmination of an extraordinary story, an achievement MV claim as capable of radically changing the sports bike concept itself. A product of Massimo Tamburini’s flair and Claudio Castiglioni’s […]

MV Agusta tears the covers off its updated Brutale 800 RR To further refine the flagship Brutale, and to comply with Euro4 emission regulations, MV Agusta has overhauled the 800 RR for 2017. The new naked MV […]

Features on Day One of 2018 Moto Expo

Inclement weather failed to dampen the mood of motorcycle enthusiasts who joined media for the opening day of Moto Expo presented by Shannons Insurance at Melbourne Showgrounds. The prestigious 2018 bikesales ‘Bike of the Year’ […]