The first electric road bike from a mainstream manufacturer, the LiveWire is new, different and like nothing else from Harley-Davidson — ever.

It’s a sportsbike, for a start — probably a deliberate move on the part of the Motor Co to prevent cannibalisation of sales of other models — with a long, transparent development schedule and even putting customers on the Project LiveWire concept bike demos; the last thing Harley wanted was for people to stop buying existing models while they waited for their electric bike. 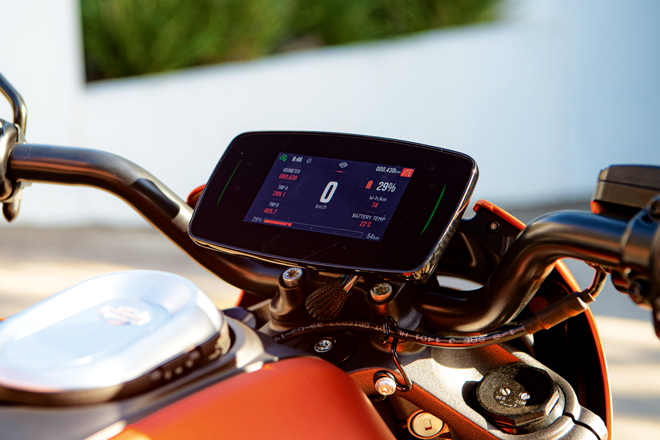 It helps that the LiveWire is also a bit of a rocketship — off-the-line 0-100km/h in three seconds, but more importantly with heaps of roll-on acceleration available at the twist of a throttle.

THE MOTOR AND BATTERY

Powered by Harley-Davidson’s Revelation powertrain, the LiveWire has 115Nm of torque available at the twist of the wrist. There’s no clutch of gearbox to operate, just twist and go — hard. This thing punches off the lights, super-easy and super-quick. 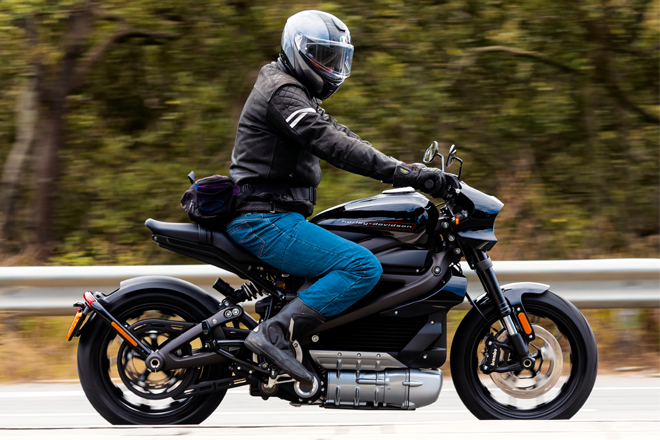 Overtaking is a joy. It flies around slow-moving vehicles. The engine is described as an Internal Permanent Magnetic Synchronour Motor with Water Cooling Jacket, which is a mouthful to say the least. I say it’s the sliver-coloured cylindrical-shaped part running length-wise at the bottom of the machine. It’s a heavy component, so positioning it here is good for the centre of gravity.
Above that is the battery, a giant aluminium-housed 15.5kWh high-voltage RESS — Rechargeable Energy Storage System most of us would call a battery. Composed of lithium-ion cells, positioned in the centre of the motorcycle and surrounded by the cast-aluminium frame, it’s also a stressed member of the chassis. The RESS is enclosed in a cooling-finned cast-aluminium shell. Small air scoops on the motorcycle bodywork duct cooling air to the upper portion of the RESS housing.

The RESS comes with a five-year warranty, the rest of the bike the standard two-year Harley-Davidson warranty. 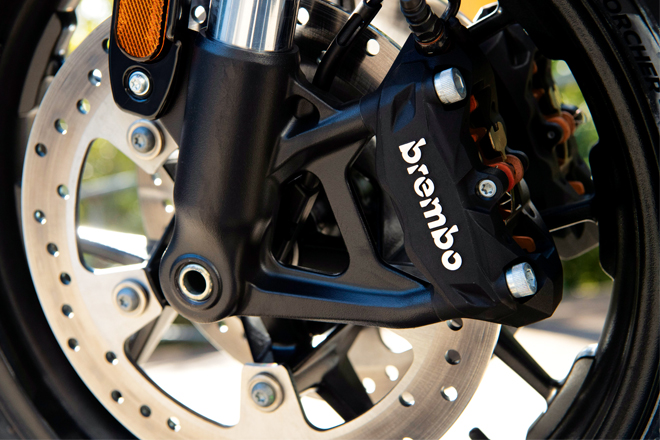 The longitudinal design screams “shaft drive”, but H-D is so wedded to belt final drive its engineers were forced to build a gearset to turn the power 90-degrees so it could drive a sprocket. The transmission requires regular oil changes.

Range is very dependent on performance: ride it gently and you might see 235km, smack the throttle on and off a lot and you’ll be in turtle mode (a 10km/h restricted speed the bikes enters before completely running out of puff) around 160km. 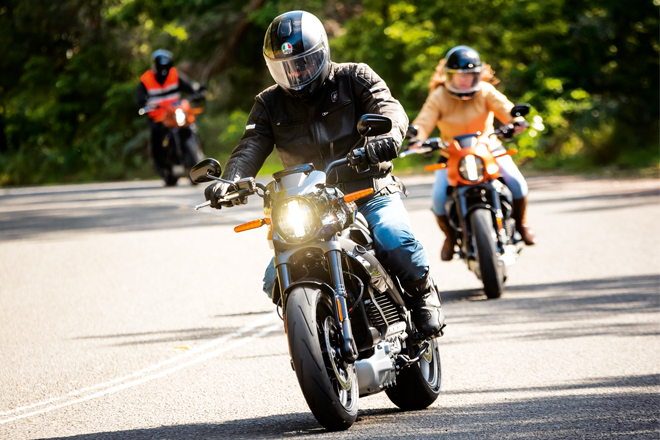 Charging at home (the bike is supplied with an adaptor plug so you can plug it into the wall) takes about one hour per 20km; it’s unlikely you’d ever put it on charge completely flat, so around 10 hours will charge it.

Out and about you can park it at a DC fast charge station and get to 80 per cent charge in 40 minutes, before it slows the rate to prevent heat build-up, but it’s still fully charged in an hour.
All eight participating LiveWire dealers in Australia will have a free fast charger available and there are other chargers around the country compatible with the LiveWire (but not Tesla chargers — the connectors are the same, but the Tesla units check the VIN number of the vehicle and will only charge Tesla vehicles). Hopefully Harley-Davidson is trying to do a deal there with Tesla — surely Elon’s too busy to build a bike. 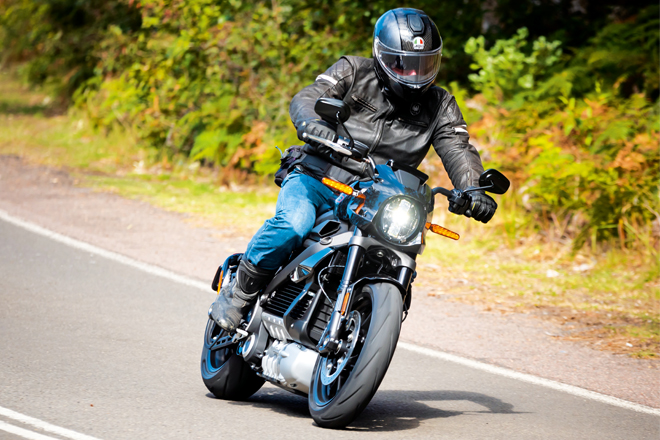 This is a reduced version, to read the full article purchase Australian Road Rider #157