KTM is further developing its sub-1000cc parallel twin range with it’s biggest, toughest model yet, the 890 Duke R and it’s at a very keen price: $17,195+ORC, so well under 20K on the road in Australia.

That’s Supersport pricing for a 121hp machine with top-shelf suspension, brakes and components, which could make it the bargain of the year, at least for new model releases.
A naked sportsbike built for both street and track, KTM is claiming the new bike has the performance to put the frighteners up many bigger bikes thanks to its decent power output pushing a dry weight of just 166kg. 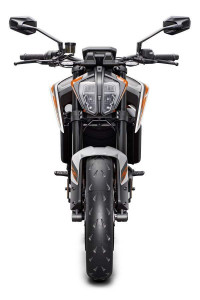 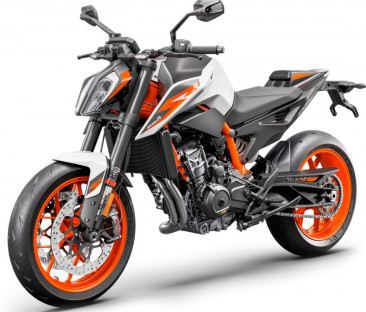 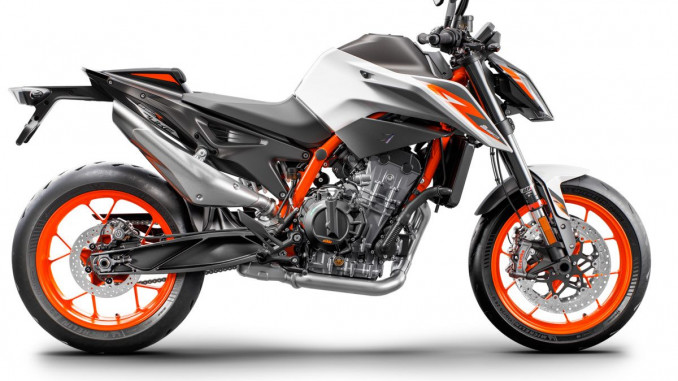 R is for Race…

KTM doesn’t stick the R moniker on every bike it builds, leaving it for special race-developed machines. Currently there’s only the 1290 Super Duke R and the Supermoto 690SMC R in the road bike line-up being joined by the new 890.
KTM took the 790 Duke platform and combined it with racing developments to build the 890 R, a bike with more power and torque, a freer-revving engine, better suspension and brakes and sportier ergonomics to create a machine which is a naked sportsbike. 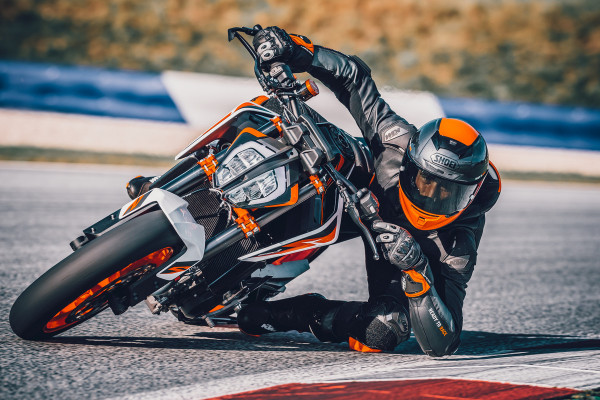 The motor
Bored and stroked compared to the 790 with bigger valves, shorter intake funnels, more aggressive camshafts, upgraded fuel injection are just some of the changes made to build an engine which spins up quickly and produces strong power and torque throughout the rev range.
The engine contributes to the handling via a crankshaft designed to create 20 per cent more rotational mass, which improves stability without sacrificing agility.
Other changes include new pistons and connecting rods and balancer shaft.
KTM claims the bike has a fierce throttle response thanks to the changes. 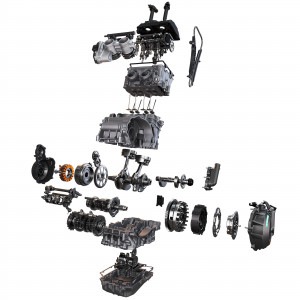 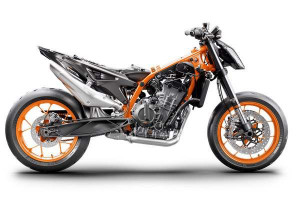 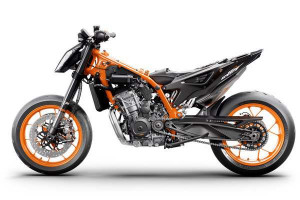 As you’d expect, there’s a full suite of electronic aids: ABS, traction control, 6D lean angle sensor (which maps detects the side-to-side and forwards and backwards pitch of the bike but also its drift positioning), three riding modes standard and an optional track mode. Also optional is the Motor Slip Regulation, which plays the role of an electronic slipper clutch. A slipper clutch only works in high grip situations, MSR complements this when there is low grip. It restricts the possibility of the rear wheel locking up under downshifting or throttling-off and ensures full traction. 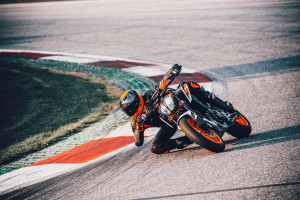 Dumping the passenger footpegs and switching the rear seat for a cover has saved 3.3kg, and that’s how the bike will be supplied standard, so you’ll need to find a few extra dollars to carry a friend, but with the high, long pipe we’re not convinced passengers will stay friends very long.
The now orange chorme-moly steel frame has been tweaked for the 890, but the biggest changes lie in the suspension.
The WP rear shock features full adjustability – including high and low speed compression damping – and includes a hydraulic preload adjuster. The front forks are top-spec adjustable WP Apex units.
There are ergonomic changes compared to the 790, too: a more aggressive riding position but basically flat ’bars rather than clip-ons, which indicates the bike is designed for shorter circuits with lower top speeds and more corners… which goes with the supermoto heritage of the brand. 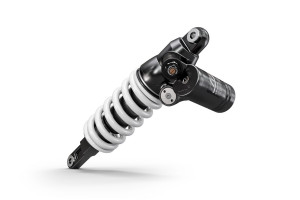 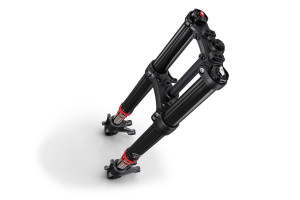 Lightweight monoblock Brembo brakes incorporating aluminium carriers has reduced unsprung weight by over 1kg, which will make for sharper steering, and the discs are up 20mm to 320.
Brembo’s Multi Click technology alters the lever ratio: riders can choose between a more gradual progressive feel or a shorter and sharper sensation.
Michelin Powercup II tyres are standard. 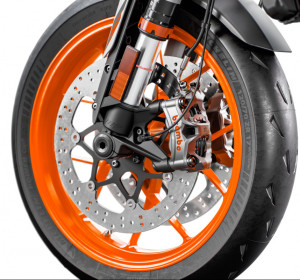 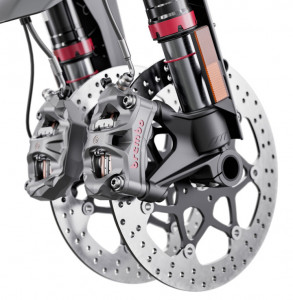 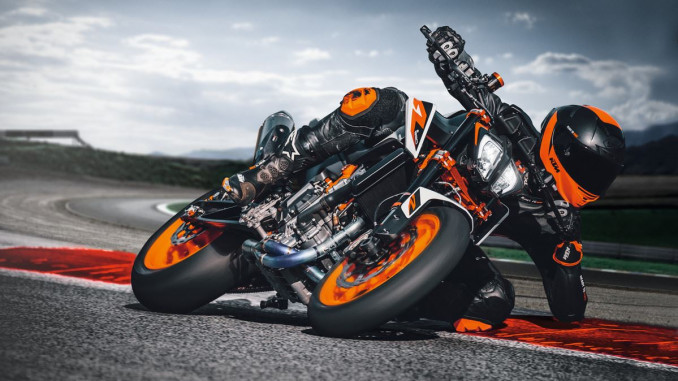 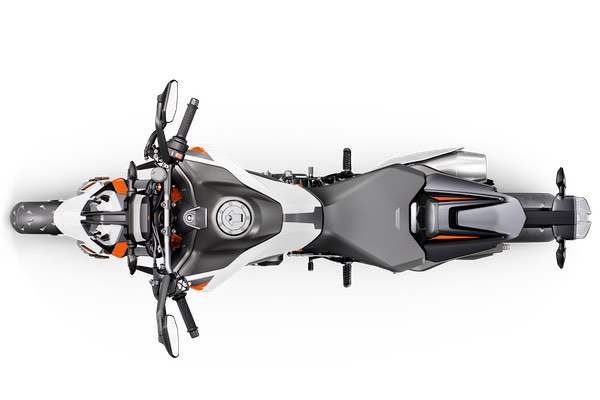 CFMoto is planting both feet firmly in the market with its new range of 400cc and 650cc models, which have benefited from a partnership with Kiska Design. Kiska has been instrumental in KTM’s models over […]

For the third annual KTM Australia Adventure Rallye riders will be taken far beyond anything they have done before. For 2018, the Rallye will take place in parts of Australia that you may have only […]

A sports-tourer with all the bells and whistles… BY: NIGEL PATERSON  |  PHOTOGRAPHY: BMW/PATERSON BMW shocked the world with its first RS model, back in the 1970s, producing a fully-faired machine that was comfortable, fast […]