We have a brace of bikes to put through the test of real-world ownership. Will they stack up? Let’s meet the newest members of the Road Rider crew…

So, a reader (that’s you, for the confused among us) rightly wants to know what a bike is like. The pressure is on for us to get it right. After all, you may well be using some of the opinions you read twixt these glossy covers to decide just what mount is worthy of floor space in your shed. That’s a big responsibility, right there, and one that we take pretty seriously. If we give you dud advice, well, you are probably coming after us. Possibly armed, and no one is happy with that.

It’s not an easy task to fully evaluate a bike over a two-week loan period and damned near impossible at a launch test. I like to refer to them as “lunch” tests, but that has got more than one manufacturer sending me angry emails over the years. We are not about to change that. If you are getting full-on evaluations from launch tests, you are being done over, hard style, simple as that.

So, what’s all this waffle leading to? Glad you asked. Kinda forgot myself for a minute. Oh yes… We are taking a couple of bikes on as long-term testers. Please welcome Triumph’s Street Cup in Racing Yellow/Silver Ice and the Suzuki SV650, happily glowing in Pearl Mira Red bodywork. 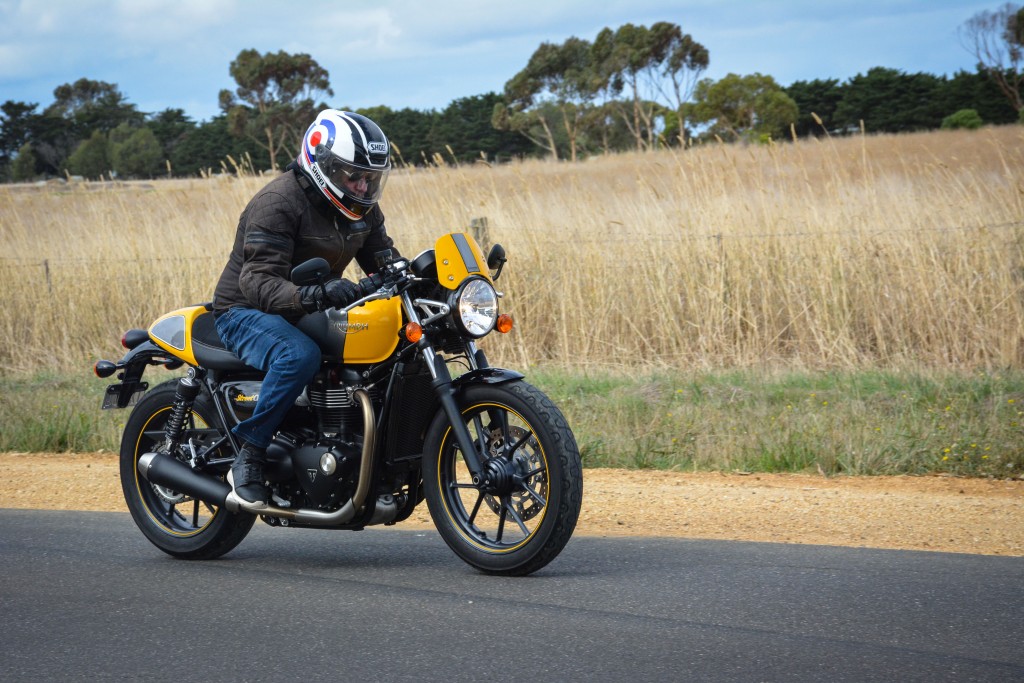 The idea here is to live with the bikes for a decent period to allow them to show us their true personalities over real time. If issues are going to arise, we will find them. You can’t hide from road miles and familiarity (those of you who are married will know what I’m getting at there). The bikes will be seen without their makeup on in the morning and we will have to clean their dirty jocks. Yep, the gloss is off and reality descends.

Of course, a bike can prove to be much stronger in an area than first thought, and rise to star status with time. Moto Guzzis come to mind. If you took a Guzzi for a ride up the road with a view to deciding whether to buy it or not, well, chances are you are not gonna. They have idiosyncrasies. Lumpy, different. Live with a Guzzi for a while, though, and you could well discover a love affair that will last a lifetime. They are like that. Time my friends, time. 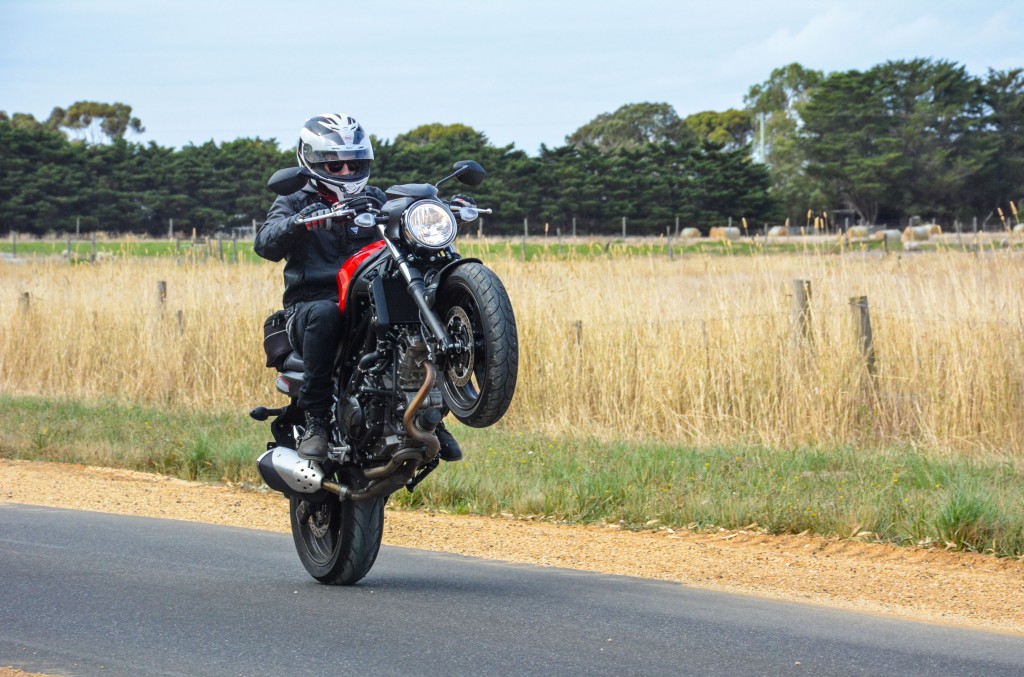 Okay, you got the picture here? We’ll put a few different heads on them, fit them out with factory gear and generally give them the sort of treatment that a regular rider would. Regular updates will be published here and at www.roadrider.com.au. And they will be treated like members of the ARR family. Okay, let’s look at the bikes individually…

The Street Cup was launched in February in Tasmania and we were in attendance (full launch report in ARR issue #134). The bike stretches the Bonneville range, which now covers the new T120 and T120 Black, the Street Twin, the Thruxton 1200 and Thruxton 1200 R, the Street Scrambler, Bobber, T100, T100 Black and the Street Cup. 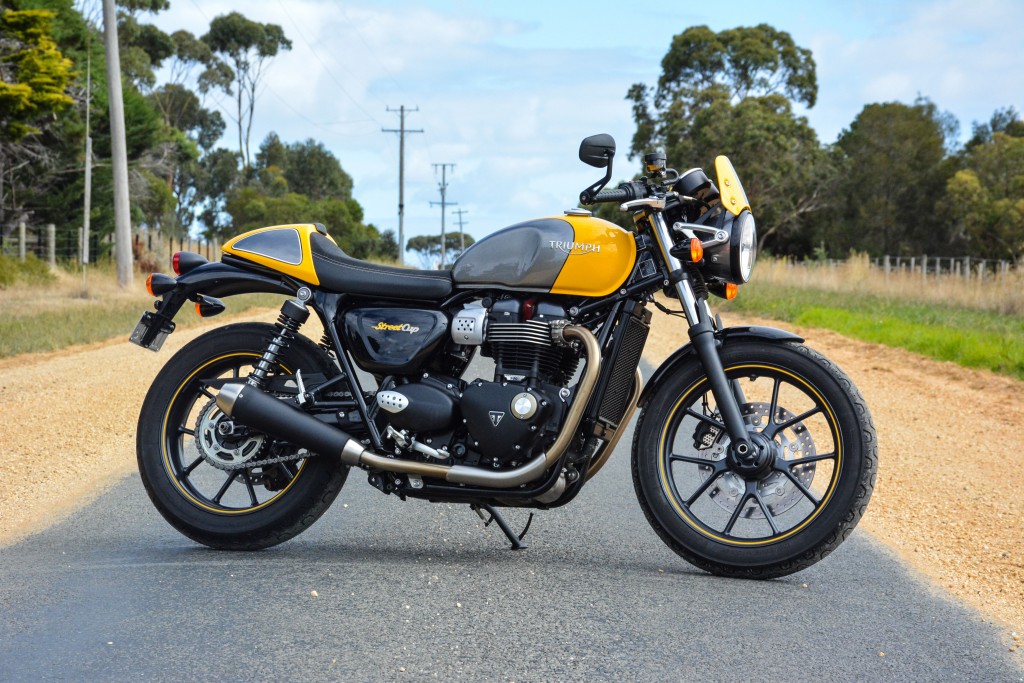 The Street Cup shares architecture with the T100, but with a bullet seat and new seat cowl. It’s basically been “cafed”, with “Ace” style bars, and the bike also uses longer shocks. This certainly changes the stance of the Street Cup, putting the rider higher and further back, with the handlebars actually positioned lower and further forward.

It’s a cool jigger, tidy and fashionable, and will make the rounds of the places to be seen. More importantly, let’s see how it does for longevity and real-world user-friendliness to give you a more complete picture on the bike.

Most noticeable about the new SV650 is that the styling has gone back to the classic naked bike look with round headlight and minimal bodywork over a trellis frame carrying a 90-degree V-twin engine. Although it is small in its proportions — something short and novice riders will appreciate when manoeuvring the bike — it is still a striking-looking machine. 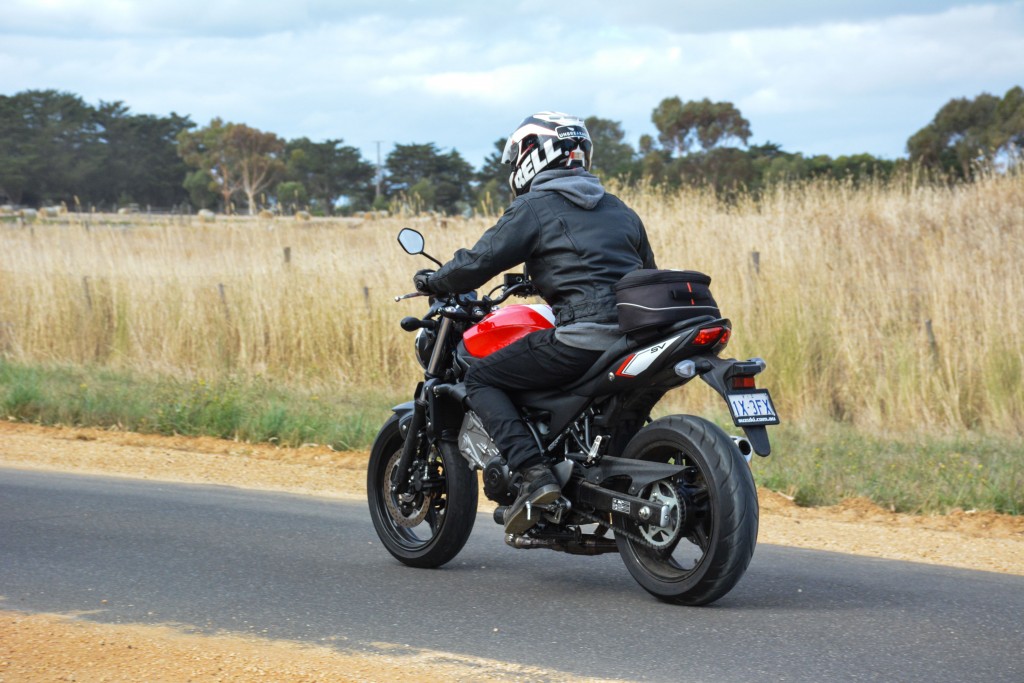 The heart of the SV is an evolution of the original powerplant that has featured in no less than 410,000 units. The first was the faired SV650S, followed by the naked bike a year later. In 2003, the boxier-styled SV featured the engine with fuel injection and carried it until it was updated in the Gladius.

It’s a classy looking thing and being LAMs approved, will spend most of its time in the hands of production editor Spencer, who will use the bike daily. In short, the bike will reveal all there is to know about it.

Economy, agility, innovation and all-round usefulness are some of the key points of BMW’s new Indian-made G310R roadster. BMW is aiming high with this motorbike, saying: “Designed as a light, dynamic roadster, it combines athletic […]