It was once a truism that the easiest way to make your bike go faster was to sell it and buy a bigger one.
There was certainly an element of truth to that old saying, although lighter and more aerodynamic were also a ways to faster, but these days it’s almost total bunkum. The fastest bikes you can buy are around 1300-1400cc, the quickest around racetracks 1000-1200 and a sporty 600 will blow many a tourer with three times the capacity away in any performance related test.
When I was a young motorcyclist in the 1980s it wasn’t like that, touring bikes were still being drafted into service on racetracks… because they often handled better and performed better than the previous-generation sportsbikes.
Shaft-driven BMWs and Yamahas were not only entered in races, but they sometimes won.
Back in those days people would buy freer-breathing exhausts, flat-slide carburettors, ‘lumpy’ cams and have major modifications done to their machines in order to go faster.
But it quickly became apparent that the cheapest way to make a bike go faster was to throw a leg over something more powerful, lighter or both.
That remains true today, at least partly driven by physics – more power, less weight, better wind penetration all come together to help you go faster. We once did that by building bigger engines, but once the Suzuki Hayabusa busted 300km/h we stopped making them bigger.
Kawasaki, of course, built the H2R and one of those was ridden at 400km/h by four-time World Supersport Champion Kenan Sofuoglu. The track only H2R produces 305hp and costs around $60,000 – chump change compared to what it would have cost to build a 300hp motorcycle just a few years earlier. 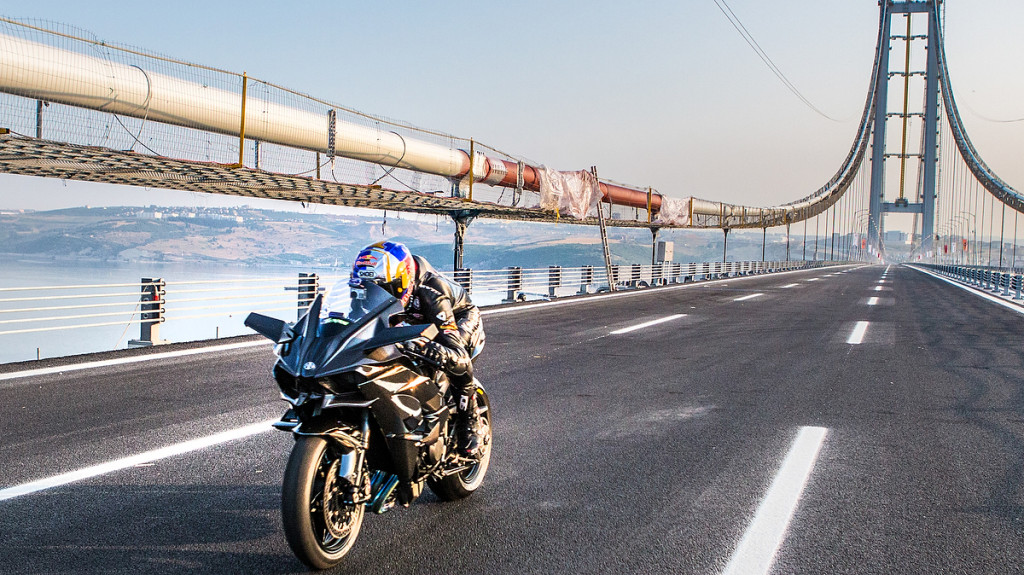 At the Hayabusa launch in 1999 I rode at 284km/h on an airstrip. The speedo was pointed at over 300. I’ve seen similar speeds down Gardner Straight at Phillip Island, but the experience on the Hayabusa was like nothing else – pinning the throttle, banging through the gears and holding it open down a 4km strip was pretty amazing.
At least the 20 knot crosswind was consistent, but I wish it had been calm.

Jump forward over 20 years and Australian Road Rider is testing the Kawasaki Ninja ZX-14R when the 2022 Suzuki Hayabusa is announced. Limited to 299km/h, the third-generation ’Busa is slower than that first-generation model, not that very many people will care.
These big, heavy and extremely powerful sportsbikes are amazing motorcycles. With more and more onerous speed limits and punitive penalties for exploring the potential of your machine, less people are buying bikes like the ZX-14R or Hayabusa, and that’s a real shame: sporting with a bit of touring capability, grunt from here to the moon, stability at speed, smoothness… and an adrenalin rush available at the twist of a throttle.

Suzuki’s venerable V-Strom 650XT, one of the most popular and versatile motorcycles you can buy, is now available in new 2021 colours and there’s a new aluminium pannier kit available to make touring even more […]

Kawasaki Australia has released its all-new ZX-10R SE for a rideaway price of $32,350 Sitting alongside the ZX-10R and the track-focused ZX-10RR, the new Ninja ZX-10R SE is fitted with a suite of extra go-fast […]