Triumph Australia has today launched another pair of Bonneville variants to the Australian press. Joining the Bonnie party are the T100 along with the Street Cup in the brand’s ‘Modern Classic’ range. Cop this for a bunch of Bonnies: There’s now the Bobber, Street Twin and Street Cup, the T120, the T120 Black, the T100 and and the balls-out hottie, the Thruxton R.

The launch is underway at this very minute and editor Leech is attending the four day ride event around the magnificent backroads of Tasmania. Yeah, somebody has got to do it and all that. 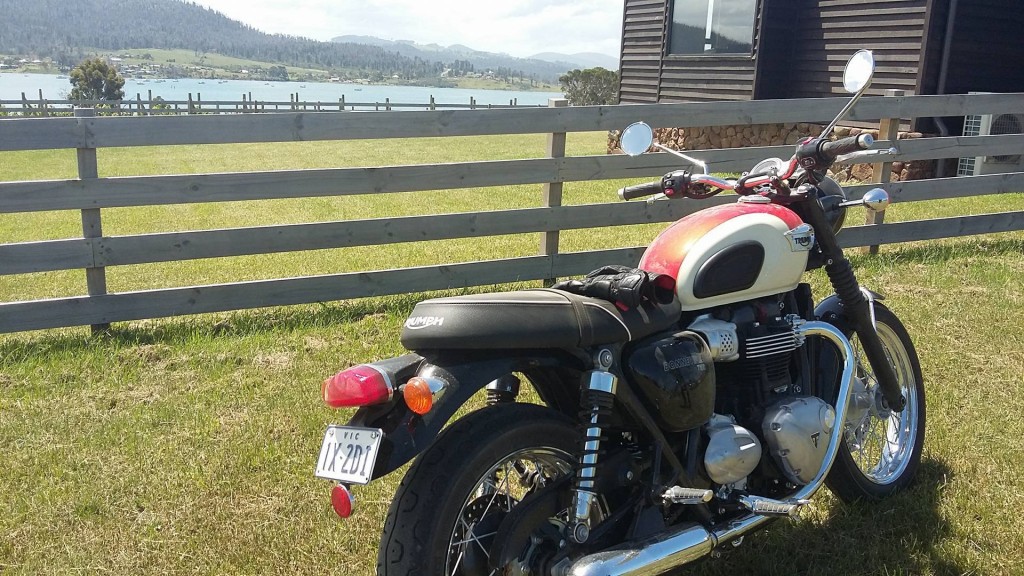 Combining the 900cc powertrain of the entry-level Street Twin with the upscale chassis and classic styling of the larger displacement Bonneville T120 has resulted in the cheaper T model, coming in at $15,300 pus ORC. While the T100 and T120 share a similar mechanical setup, major differences (apart from capacity) see the T100 with just a single front disc arrangement and no centrestand, passenger grab rail, heated grips, or daytime running light. It also has a black seat cover (rather than brown) and doesn’t offer selectable ride modes, but retains traction control and ABS. The wheelbase is also slightly shorter.

Styled traditionally and somewhat austerely at that, the bike proved relatively competent at a very sporting clip on Tasmania’s famed blacktop. The bike is available as the ‘Black. Suspension is rudimentary but capable and the parallel twin makes reasonable and linear power. 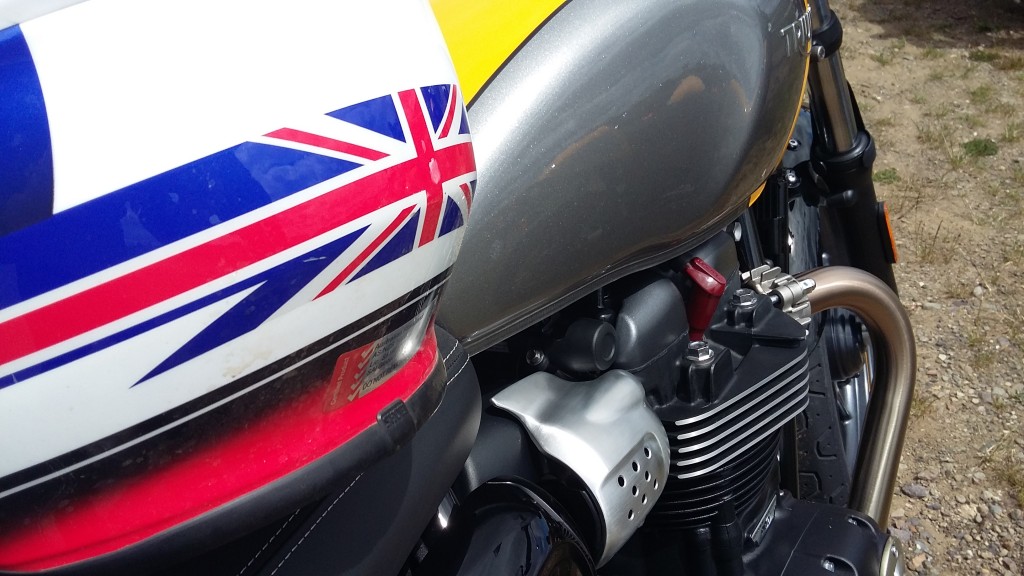 Now to the Street Cup.

This one we like. Very much. Climbing aboard the café racer frenzy that has beset showrooms across the world, the Street Cup offers an alternative to the hardcore Thruxton R, most importantly in regard to price. Aussie pricing is set at $15,600 plus ORC.

After thrashing the Street Cup from Hobart to Strahan on Tassie’s wonderful west coast, the bike emerged as a firm favourite. Turn-in is quicker than that of the generic T100, and the Thruxton styled pegs make for more of racer crouch. It’s sportier and easier to manhandle as a result. Leech is a big fan.

Anyway, that’s a taste, more to come from Tassie tomorrow when we get to do it all again!

Triumph Australia gears up for this year’s RAT rally After a successful 2016 event in Jindabyne, Triumph has organised its next annual rally at the Hahndorf Resort in the Adelaide Hills. To be held from […]

Globally renowned Australian based charity event, The Distinguished Gentleman’s Ride, has doubled their commitment to aid the funding of men’s mental health programs. This decision was made by Sydneysider, Mark Hawa after a volunteer event […]

Triumph Australia has quashed strong rumours that the factory was planning to take over Australian distributorship of its product. Long time Australian Triumph distributor Peter Stevens Imports has categorically denied the rumours, citing its oversight […]