It’s been a while since I rode a GS of any sort, so yesterday’s Australian media launch of the R 1250 GS was welcome – it’s a great bike, an evolution of the earlier models with that heritage going back four decades. 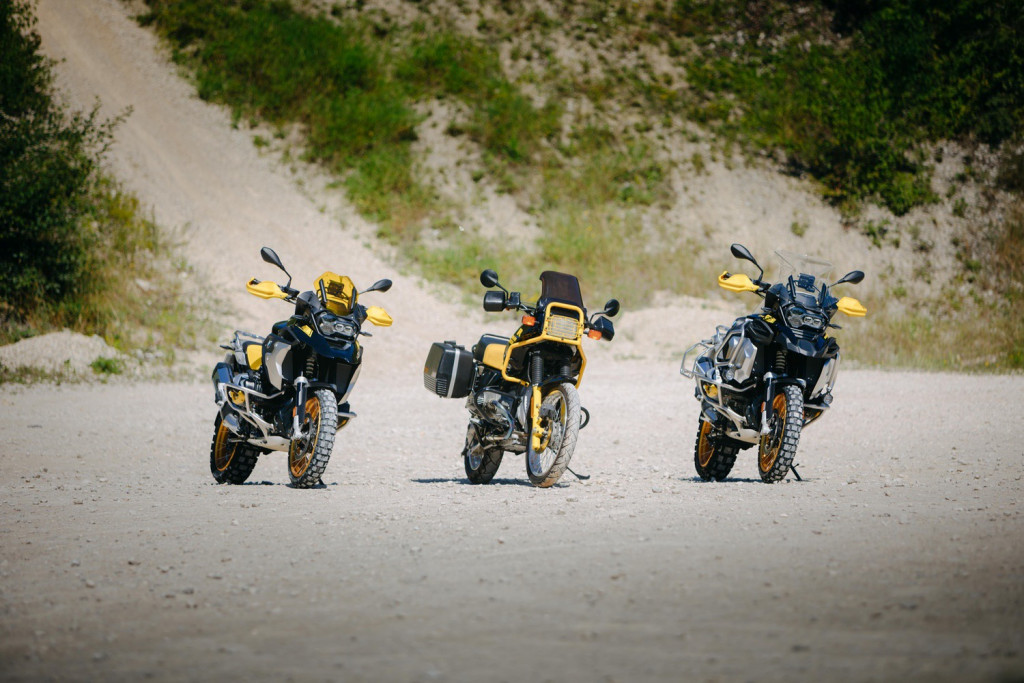 The ride, with a dozen or so bike journos from across the spectrum of road and dirt magazines, websites and blogs, took in some city riding, country roads, twisty roads, sealed and unsealed surfaces – exactly the sort of riding most GS buyers do, although compressed into 260km and seven hours.
If that seems like a short day, it’s partly because people were flying in to ride the bikes, so there couldn’t be an early start, and of course there had to be a briefing, or we wouldn’t know what to write… but seriously, a media briefing allows the manufacturers to let us know what they consider important about any new model. 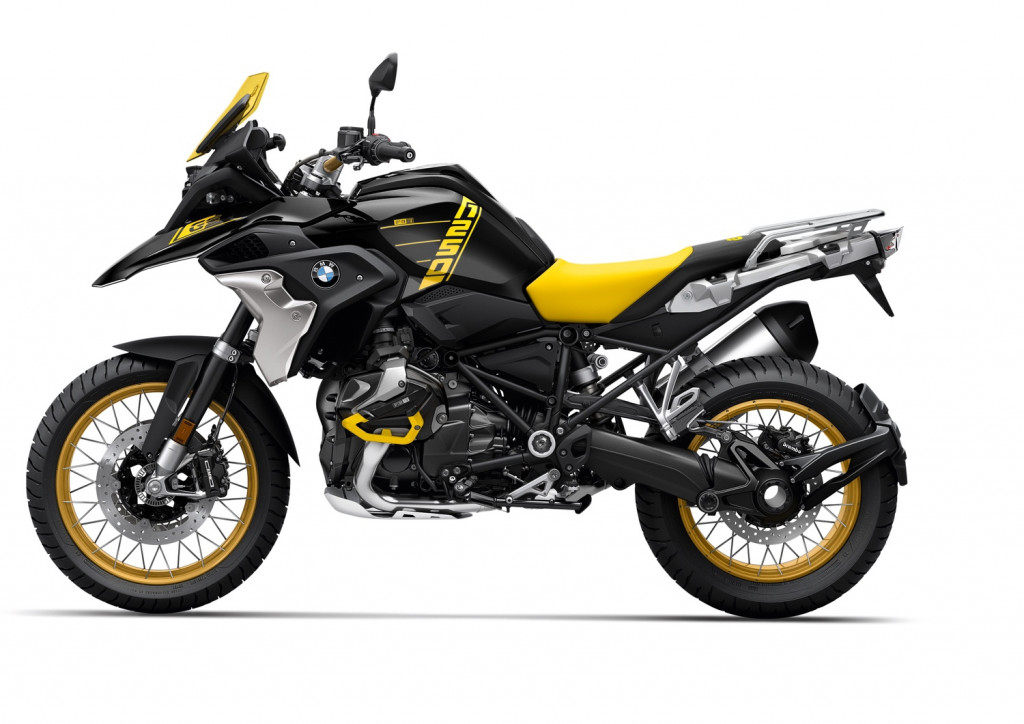 For BMW, it was how the whole range of the Gelände Straße – which translates to ‘terrain street’ has come to represent nearly half of BMW’s motorcycle sales.
Starting with the R 80 G/S 40 years ago, BMW’s enduro bikes (as the company calls them) have become the dominant brand in the adventure (as most Australians know it) category.
Indeed, BMW basically invented the category of large-capacity, multi-cylinder dirt bikes, and to think many people considered the 186kg, 797cc machine too big for anything resembling off road… well, times have changed.

For 2021 BMW has devolved the biggest GS further down the path of high-tech adventure touring for those looking for the burger with the lot. Heated seats, a headlight which turns with the bike, USB port, cruise control, economy mode, cornering ABS and traction control… it’s all aimed at giving you a better, safer ride.
Most of all BMW is pushing customisation, the ability for you, the buyer, to change the bike so it suits where you want to ride, the conditions you’re going to ride in and tailor the bike for your physique, riding style and purpose.
So if you’re short, you can get lower seats. I’m tall, I’d get the optional 30mm handlebar risers. If you’re an expert you can buy the Rallye version, if you’re planning the around the world trip you can get the Adventure model, the gargantuan beast with a 30 litre tank and incredible range.
At its base the 2021 models are Euro5 spec machines displacing 1254cc and producing 136hp (100kW). The engine, featuring BMW’s Shiftcam variable valve control, is awesome – a great spread of power from close to idle through to… well, I’m not really sure, I never bothered taking it to redline. I just rode it, revelling in the meaty midrange, enjoying the grunt and easy power delivery afforded by short-shifting, especially on the gravel. 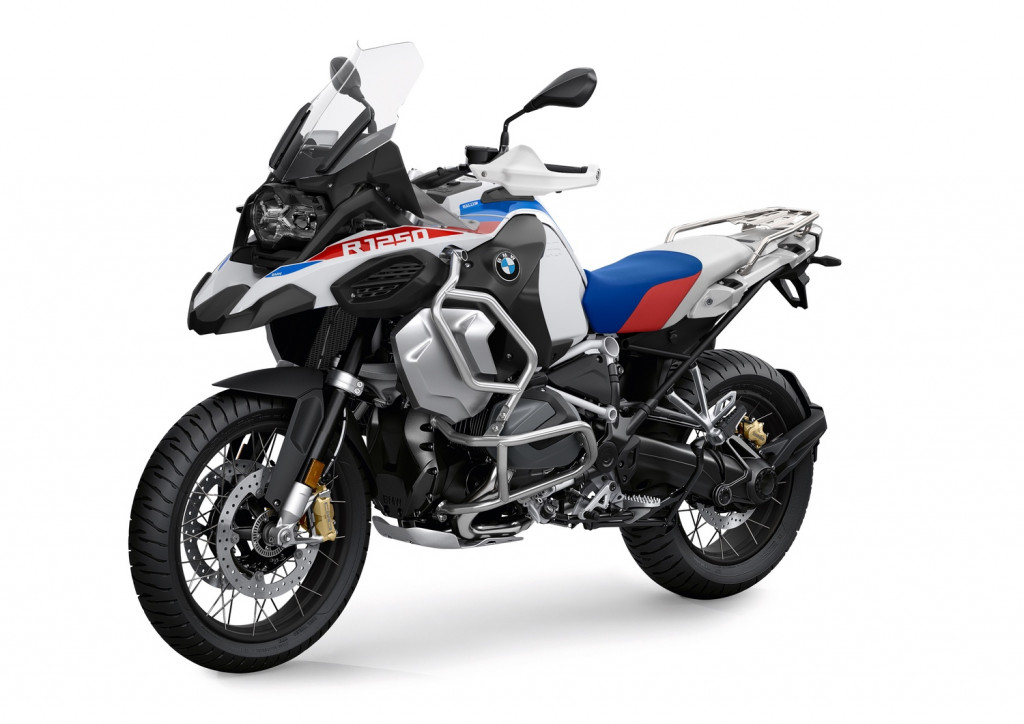 The shifting was greatly improved a few years back, with the current models having a gearbox so slick it’s difficult to reconcile what we once put up with. Where we were once told the simple dry clutches of the old BMWs was the reason we had to deal with the relatively slow changing gearboxes and the need to match revs well, the quickshifter-equipped modern ’boxes (and wet clutches) are delightful and fuss free.
The power and torque is controlled by advanced suspension, too. The two test bikes I rode were both equipped with the electronically adjustable and dynamically controlled suspension units at both ends, and it shows. For comfort and control, BMW is offering great systems.
Add in the riding modes, where I was switching between Dynamic Pro (for sealed, dry surfaces) to enduro (for gravel) at the touch of a button, giving me the throttle response, traction control and suspension performance which suited my riding and the conditions. 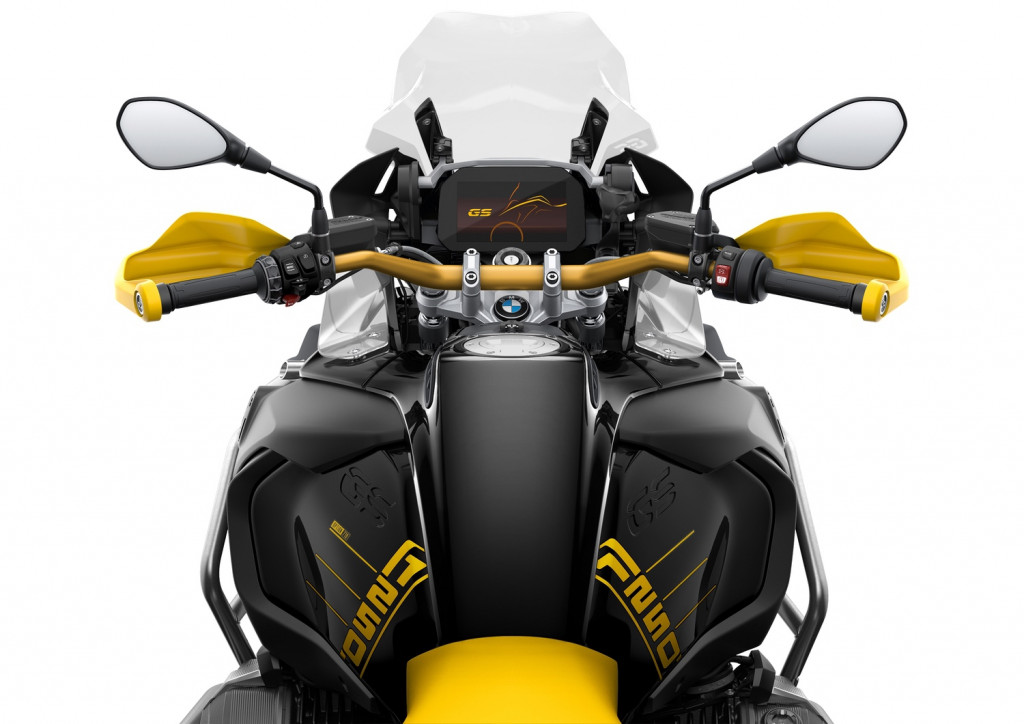 While the Riding Modes Pro is an optional extra, the Integral ABS Pro (aka cornering ABS) is now standard. While I didn’t test the Integral ABS during my one day ride – although the ABS did kick in on the rear when I pushed a bit to hard on the lever once or twice – it’s one of those safety features I hope I never need, but one I hope I have if the situation demands it.
For those long outback tours (you know, the one you’re planning to do but never actually achieve), there’s now an Eco riding mode (so you can eek out the most from the fuel tank) and the ability of the bike to accept crappy fuel and have the knock sensor compensate so you won’t damage your engine or go into full-on ‘limp home’ mode.

There are pages and pages of options and accessories available for the R 1250 GS, and that’s before you get to the aftermarket suppliers. If the GS is the bike for you, be prepared to make a few decisions about how you want the bike configured… there are so many choices.
If you’re primarily buying the bike for road touring, with only the occasional dirt road thrown in for good measure go for the cast wheels and save yourself some dollars and is easier to clean. Add the Vario cases and you’ve got a really comfortable touring bike for two. The basic bike starts at a little over $25K

If you’re planning to kick up some dust, the 40th Anniversary GS might be perfect. It’s well equipped with the laced wheels and electronics which are usually options, and it’s priced from around $35K.
The R 1250 GS, in whatever guise you choose, is a big, heavy and powerful adventure bike. If you’ve never ridden on loose surfaces and are considering buying one of these to do so, change your mind now – don’t do it. Buy something lighter, smaller and less expensive to crash and learn about adventure riding on something that doesn’t hurt as much if it falls on you – BMW has a range of GS models starting with the 310. The F 750 and F 850 GS machines are more forgiving, easier to pick up if they fall over and much, much cheaper to buy, too. 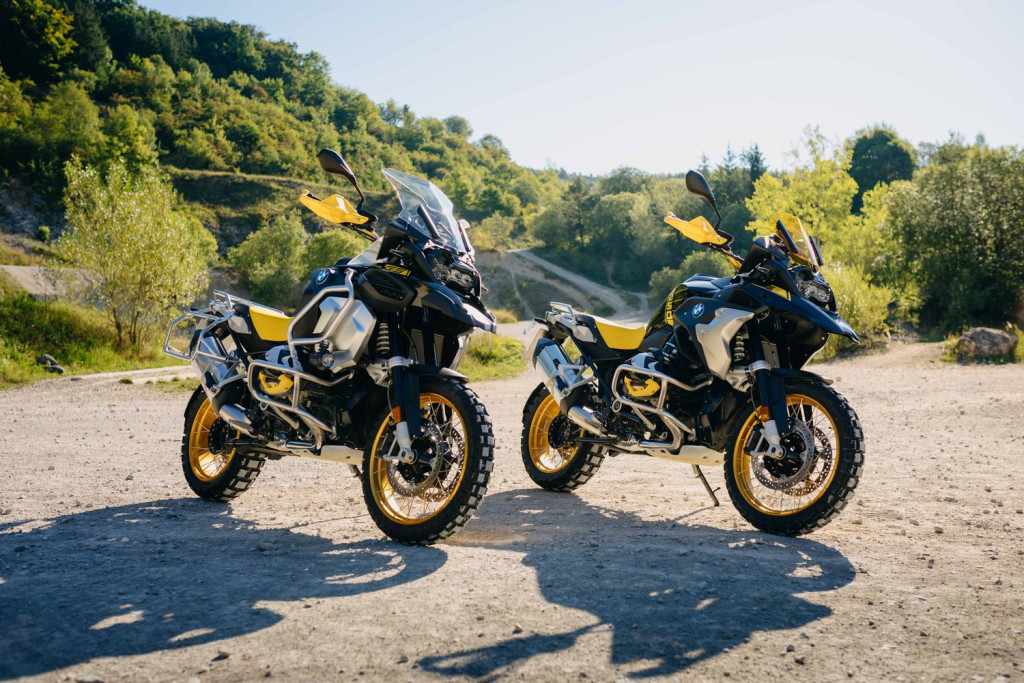