Now with a three year warranty, Triumph obviously has a lot of faith in its new 1200 Tiger range, machines which are taking on Japanese, American and other European brands in the most hard-fought category of all, adventure.

The design is modern, adventure-focussed and compact. The bodywork is all new, as are the graphics and colour schemes.

And you will be able to get one for under 30K. Just.

Compared to the bikes they replace, the new generation Tigers are lighter, more powerful, better suspended and more comfortable. Indeed, Triumph claim the new bikes are more than 25kg lighter than the previous generation and up to 17kg lighter than the closest shaft drive competition (based on a comparable specification). So lighter and more powerful than the BMW twins, but not trying to match it with the massive outputs of the KTMs and Ducatis.

Triumph says “the all-new Tiger 1200 has been designed to be the world’s most capable, agile and manoeuvrable large-capacity adventure motorcycle“. 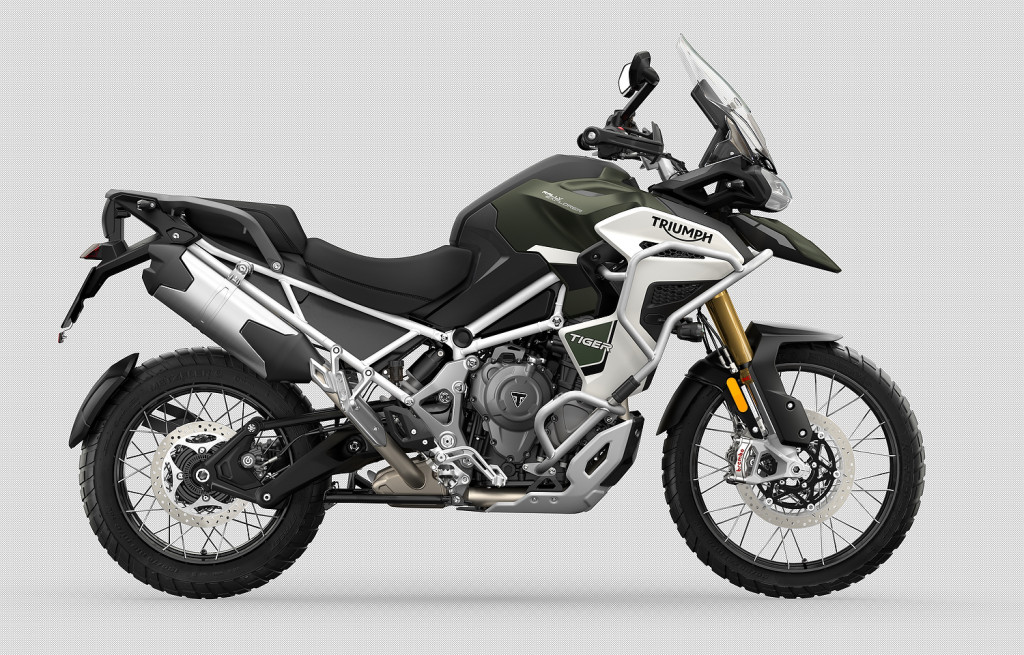 The company hired one of the most succesful motocross and supercross riders ever, Ricky Carmichael, to help develop the new machine.

“If you didn’t know that it was a 1200 because of the horsepower, you would have thought it was a 900, that’s how light this motorcycle feels. It felt so nimble, like when I would stop and turn around on a gravel road, just really slide the bike, turn it and go, I’m able to do that now on a 1200.

“They have done such a great job with weight and balance and positioning, and where you’re sitting at, you’re able to hold an inside or tighter line a lot easier on the 1200, as opposed to the old model, just because of the weight saver and how good that the suspension is handling.

“It’s the class of the field, I really believe that. Comparing it to a twin, this bike is in a league of its own.”

For the first time you’ll also be able to buy a long-range version, with two Tiger Explorer models, complete with 30-litre tanks.

Like the 900cc range which preceded it, the new 1200s come in GT and Rally versions. The GT are more road focussed, with cast aluminium wheels (19-inch front, 18 rear). Rally models have 21/18-inch spoked wheels.

Both GT and Rally have Pro and Explorer variants: the easiest to sport and most significant difference is the fuel tank size – the Pro models have 20L tanks, the Explorers 30L. 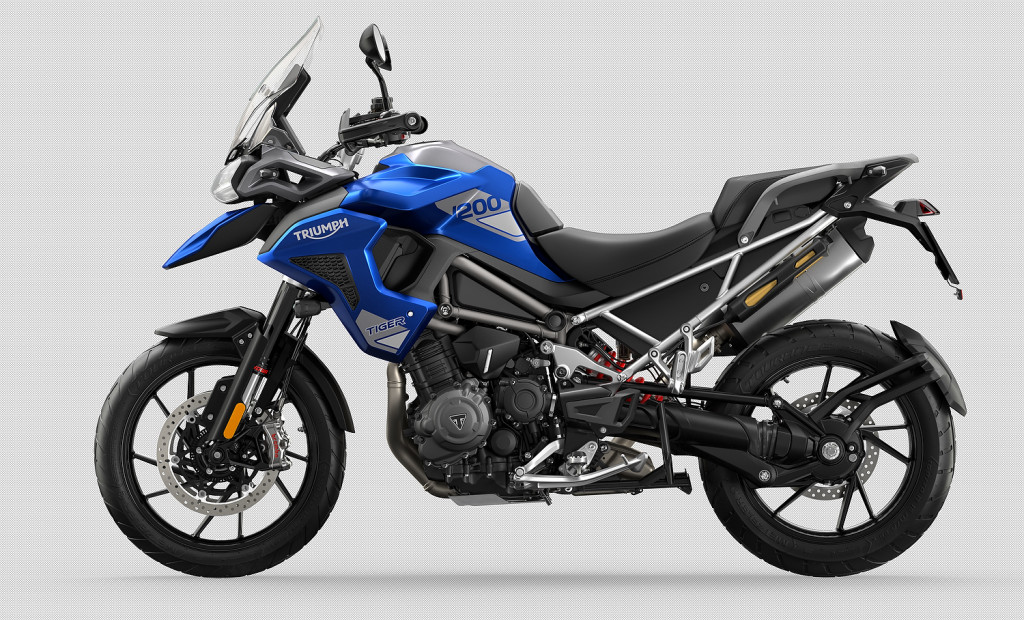 Whatever you choose, it’ll be powered by Triumph’s latest-generation triple – a new 1160cc 148hp T-plane powerplant with characteristic uneven firing order. Triumph claim about 9hp more than the old bike and 14 more than the shaft-driven competition.

Highlights of the new engine include improved acceleration with better mid-range and top-end performance.

It’s not all about the motor though. There’s an all-new chassis with a bolt-on rear aluminium subframe and pillion hangers. The new chassis has allowed for a slimmer waist and more compact design, better ergonomics and an adjustable seat height.

The electronics and technology is, of course, cutting edge. The Explorer gets the new Triumph Blind Spot Radar System, developed in partnership with Continental as well as standard heated seats and tyre pressure monitoring.

They should be in showrooms soon.

• Three years/unlimited mileage warranty, with the option to extend 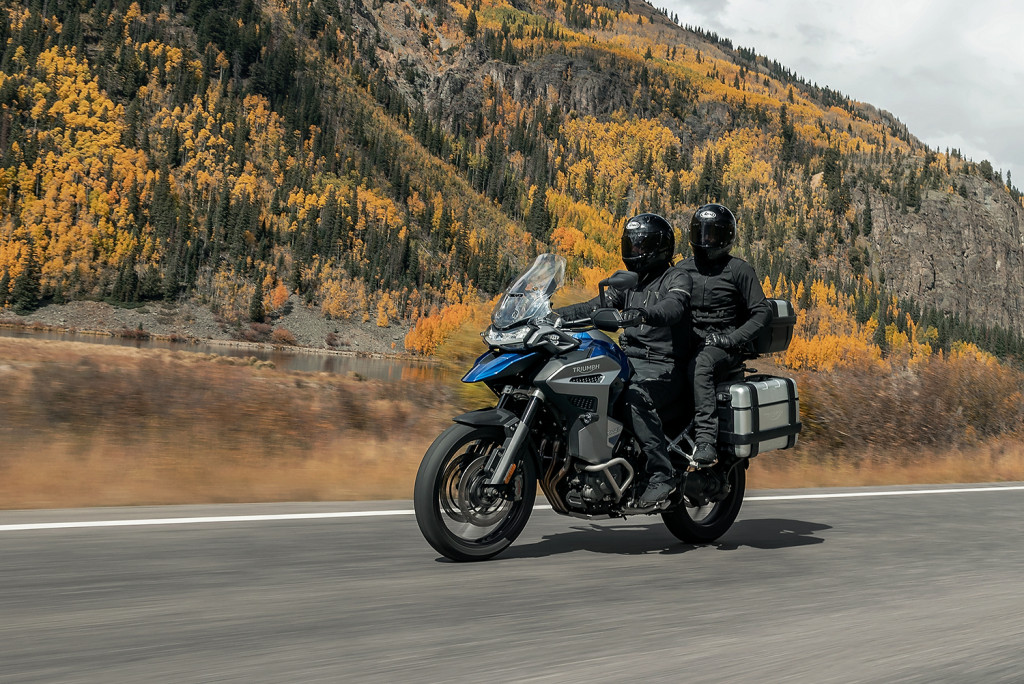 That iconic spy, James Bond, is at it again, this time in No Time to Die, and he’ll be riding a Triumph Scrambler. What’s this, the 400th or so James Bond film? Don’t the bad […]

It’s only taken Triumph a quarter century or so, but you can at last have a Speed Triple with a fairing – and it’s the most powerful, beautiful, best handling and sporty Speed triple ever, […]

Triumph has a two-bike Tiger 800 lineup, the XR and XC, and there’s such a significant difference between the two models that you should have no doubt which one was made for you. It all […]