The Moto Guzzi California had the unfair criticism of representing a marketing exercise designed to simply cash in on some of the success enjoyed by a certain brand from Milwaukee in the USA. It has to be said that none of this was helped by the name chosen by the marketers at Guzzi’s Mandello HQ all those years ago.

Of course, there can be no doubt there are Harley design cues inherent in the Moto Guzzi and offering a European cruiser gave Harley-leaning buyers another option, but the Cali gains its own identity and credibility due to the length of the bike’s production run. Indeed, the first Cali landed right back in 1972, known as the 850 California. 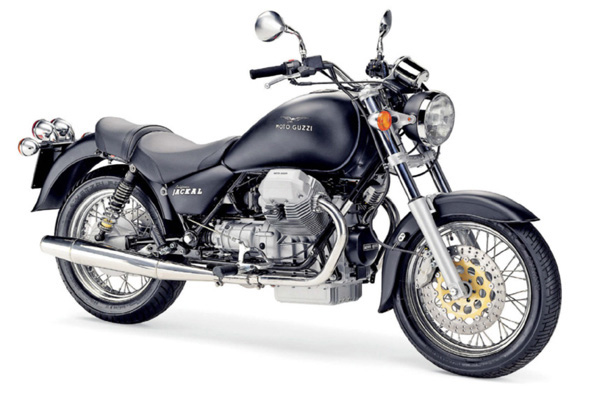 The bike featured the then-new Tonti frame. Engineered by Lino Tonti, it offered an up-to-date structural backbone for Tonti’s V7 Sport of 1971. Incredibly, the hugely talented engineer designed the engine for the V7 Sport as well.

It’s a shame we’ll never see that sort of project freedom again. Tonti’s frame was built with racing as its focus, with the well-achieved goals of mass centralisation, lighter weight and compactness. The frame is especially light and strong, and remains in use to this day in modified form through parts of the Guzzi range.

The Moto Guzzi California underwent many model changes and simultaneously attempted to hop categories via add-on factory goodies as standard, a cornerstone of the California designation right up until the present day. 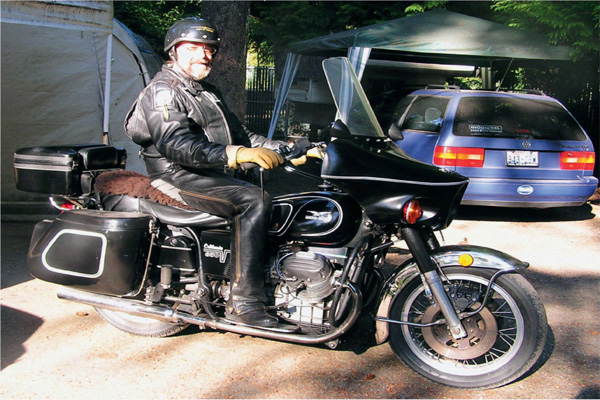 For currency, we’ll deal with the 1100 and 1100i. Strangely, you could buy the carbed model up against the injected one for the full five years of the run, prior to the launch of the EV in 1998. Strange at times, those Italians…

Significant milestones along the way saw the EV introduced in 1998, running through until 2006 when the Vintage Cruiser took over. The retro-cop-bike Vintage represented a huge leap for the Cali, with a whopping new price of $27,990 and a heap of up-spec goodies that included driving lights, standard-fitment hard saddlebags, chrome fenders and large-diameter chromed crash bars fitted front and rear. You see, the Californian police department made use of the Cali for some time (well they only had H-D with which to compare them), and identifying with that history was not a bad idea if the Yanks were going to ever get fizzy about the bike.

To keep showroom interest in the Cali, Moto Guzzi hit the market with many model tweaks and accessory-based badge identities. The following may go some way to clearing this up. 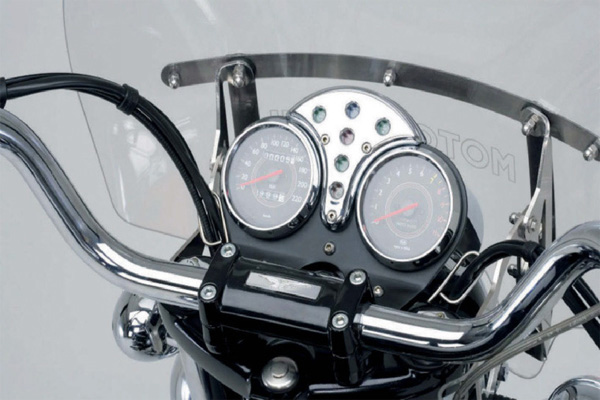 The Moto Guzzi makes use of an air-cooled, 1064cc, two-valve, 90° V-Twin, good for 54kW at 6400rpm and 94Nm at 5000rpm. There’s the Tonti frame, and the Magneti Marelli fuel injection gives the old donk modern fuelling characteristics. Of course, Guzzis are known for feeling “different” (the first time you rev the bike at lights and it falls to the right it will get your attention), and low-speed operation is a bit of a lumpy affair, but it is a near-perfect match for the chassis, both in delivery and look.

The area where the Cali really excels is in its handling. Moto Guzzi has been at this motorcycle gig for a while now, and the engineers at Harley-Davidson must have stared out the window into the mid-morning traffic on many an occasion wondering how those damned Italians had managed to build something that made their offerings seem positively cumbersome.

Nimble steering from seemingly lazy geometry numbers, nice but not absolute top-end, rebound-adjustable twin shocks, 45mm rebound and compression-adjustable Marzocchi forks (with a hefty fork brace) and a neat shaft drive, coupled up to the delightful Tonti frame arrives at a bike that is totally happy in its skin, and no-one gets off a Cali whingeing about handling. 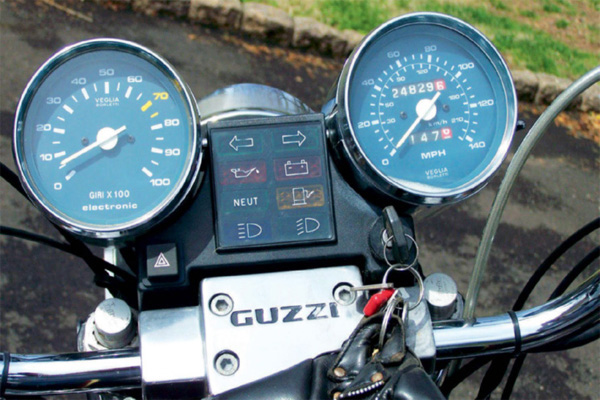 Linked brakes have been the subject of controversy ever since they first made their appearance, but the fact is, if they are ever going to work it will be in the cruiser configuration due to better rear-brake effectiveness. The Cali’s (two 320mm discs up front gripped by Brembo four-piston calipers, and a single 282mm disc in the back gripped by a Brembo two-piston caliper) work a treat. Again, it all seems a bit like luck, but it’s anything but. It’s all about intelligent design and Moto Guzzi has been getting that right for a long time.

What hasn’t been a healthy report card for Moto Guzzi over the years has been the issue of fit and finish. You’ll be out with the metal polish, and running around the bike with a regular nipping-up won’t hurt either.

Another quibble is the five-speed gearbox. Nice ratios, but that’s about where the romance ends on the tranny front. Imagine placing your foot into a bag of spanners and waving it about a bit. Both the noise you’ll hear and the feeling you’ll experience is what it’s like on the Cali. Pretty damned rough and clunky, and a bit of a low point. Well, a lot of a low point actually. It’s tough though, and will never break, if that’s any consolation.

Seat height varies a bit between the models, but it does a fair job of suiting a wide range of riders. The position places a fair bit of weight on the butt, with the feet placed forward, and bumps transferred to the kidney area. This is an issue with all cruisers and the Cali doesn’t have it alone. Oh, and footboards are an acquired taste — you’ll love them or hate them. They are nicely rubber-mounted, so vibes that can be a bit of a Guzzi bugbear don’t intrude via the feet. The same can’t be said for the bars, however, and at cruising speeds the buzz can be a bit annoying. 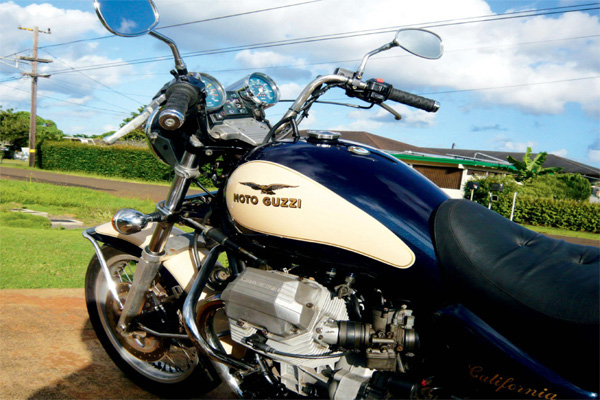 Reliability is reasonable, but there are a few things to take into account. In particular, noisy tappets can require cam and followers replacement, and you’ll be heading to the bank if that’s the case.

Slightly offbeat, the Moto Guzzi California calls for a degree of commitment. There will be a lot of people who simply won’t get it. They’ll think you couldn’t afford a Harley. But for those who understand subtlety and individuality, you’ll be sought-after company. For what it’s worth, Guzzis are cool in our books.

Then there’s the bike’s sheer road competence. These things handle and clearance is good (for a cruiser). In short, if you are looking to move into a more comfortable option but haven’t given up the idea of a bit of spirited running, the California will present a better choice than many of the more traditional alternatives in the cruiser category.

The Moto Guzzi V85 TT – a classically styled mid-range adventure bike – is now available with prices starting at $18,890. Moto Guzzi is telling us – and we believe them – that the V85 […]

The Adventure Travel Film Festival is giving would-be filmmakers the chance to have their travel footage professionally edited into a short film. Festival organisers are asking that future adventure travel filmmakers provide a one-page synopsis of […]