Last year’s EICMA motorcycle show in Milan played host to the unveiling of a whole bunch of awesome machines. Now that we’re well into the new year, we’re starting to see many of them land Down Under. So in anticipation, we’ve rounded up the six bikes we most look forward to riding in 2017. 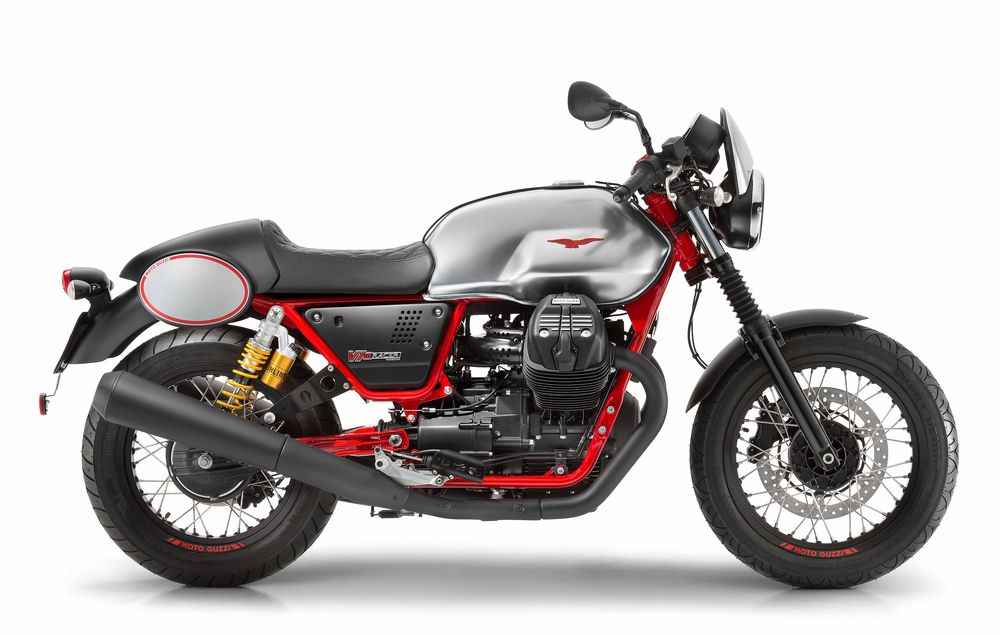 Since the first one was sold in 1967, the V7 has remained a pillar in the Moto Guzzi range. Fifty years on, the Italian brand has revealed its latest, the V7 III. The bike is available in four versions; the well-established Stone, Special and Racer and to celebrate the bike’s 50th anniversary, Moto Guzzi has introduced the limited-edition Anniversario.

The new models have all been treated to a major upgrade with almost every main component revised in some way. Most notable is the bike’s new suspension system, revised geometry, updated styling and array of engine mods that boost the power to 38kW and 60Nm. 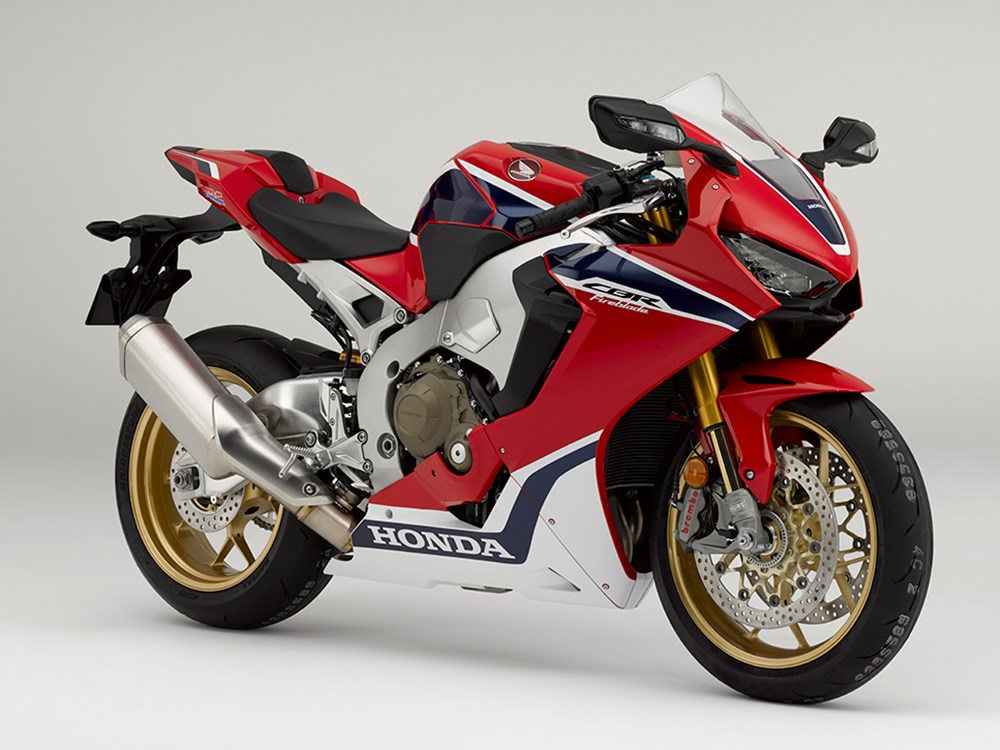 Honda had a big impact on the bike world when it released its first Fireblade in 1992. The nameplate has had huge racing success while remaining a front runner in the sportsbike segment ever since. When Honda chucks the letters ‘SP’ at the end of a bike’s designation, it means a lot. That’s when it throws everything it’s got into making the road-going bike as quick and as light as it can possibly be.

To celebrate the Fireblade’s 25th anniversary, there’s a new one. The 2017 CBR1000RR Fireblade SP — now 15kg lighter, making an extra 8kW of grunt and it’s said to handle be er than ever before. And we thought the last one was quick … 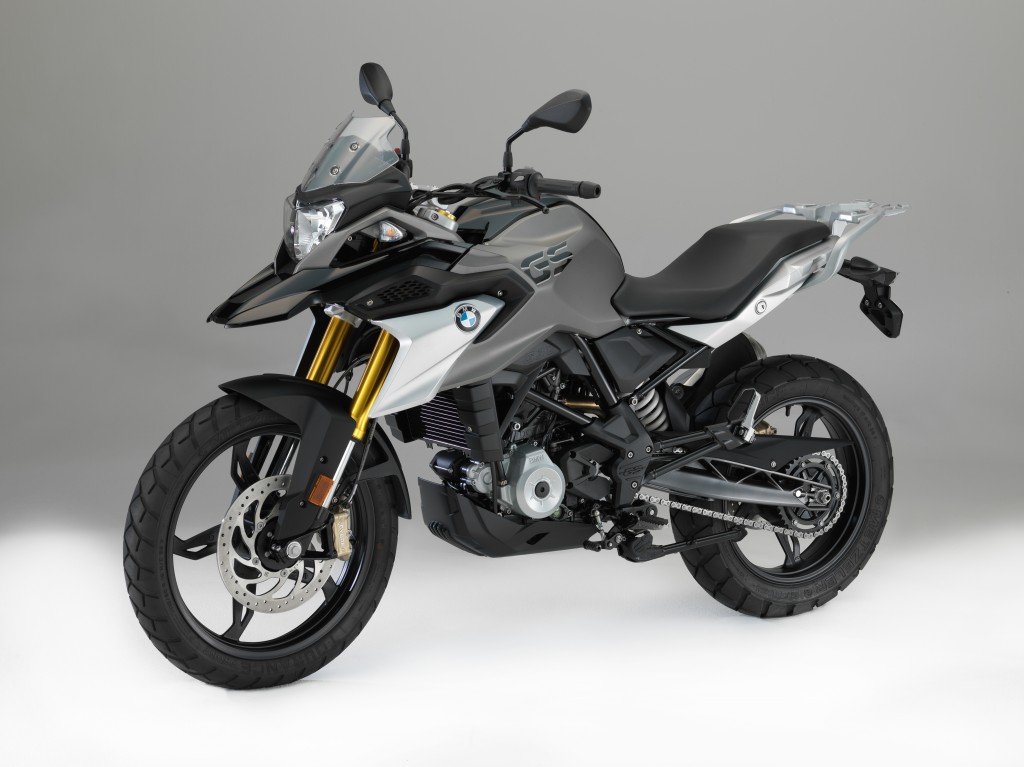 BMW caused quite a stir when it unveiled its single-cylinder G 310 GS, but they weren’t the only ones to think of making an adventure bike with a miniature donk.

Suzuki followed suit with its V-Strom DL250, Kawasaki with its Versys-X 300 and Honda joined the club with its CRF 250L Rally. This new idea is hoped to allow beginner motorcyclists to enter the otherwise full-licence exclusive world of adventure riding.

We’re most excited about the baby GS though, which is instantly recognisable as such with its tall geometry, short wheelbase, upright seating position and all the typical characteristics of a GS model; minus the big motor. 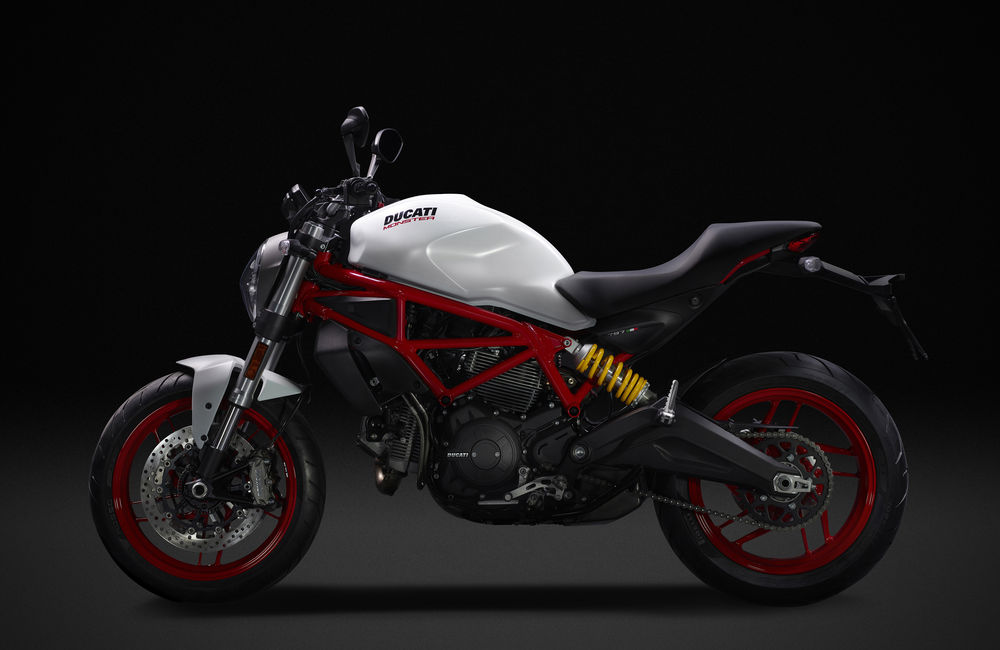 When Ducati unveiled its fi rst Monster prototype in 1992, designer Miguel Galluzzi said that “All you need is: a saddle, tank, engine, two wheels, and handlebars”, which described the philosophy behind the Monster. For 2017, Ducati have taken the Monster back to its roots with the new 797.

It’s powered by an air-cooled 803cc Desmodue L-Twin, just like the one in the Scrambler models, but with a fair bit more torque. Ducati claims that the 797 is capable of delivering 56kW of power and 69Nm of torque.

Styling wise, the Monster 797 is said to be a contemporary take on the original 1992 model, with the iconic bare frame and big round headlight. 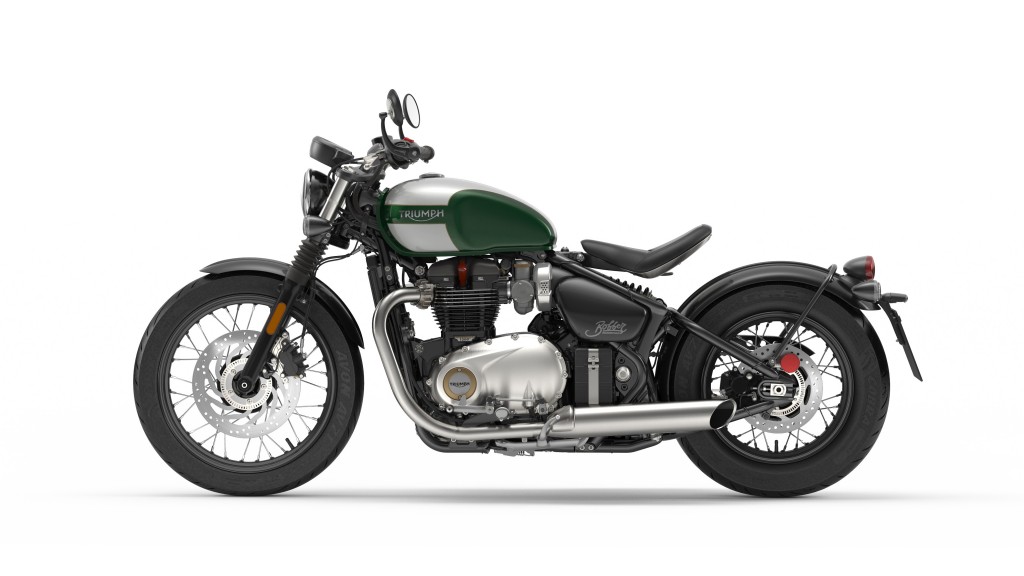 As the popularity of retro-styling and customisation continues to grow, it’s no surprise that manufacturers are trying to capitalise on the trend. We’ve seen some pretty trick production customs lately; but Triumph’s new Bonneville Bobber really stands out.

Triumph says that in developing the Bobber, it hasn’t sacrificed usability, comfort or rideability. It’ll be interesting to see if this claim holds true, and if you really can have the best of both worlds. 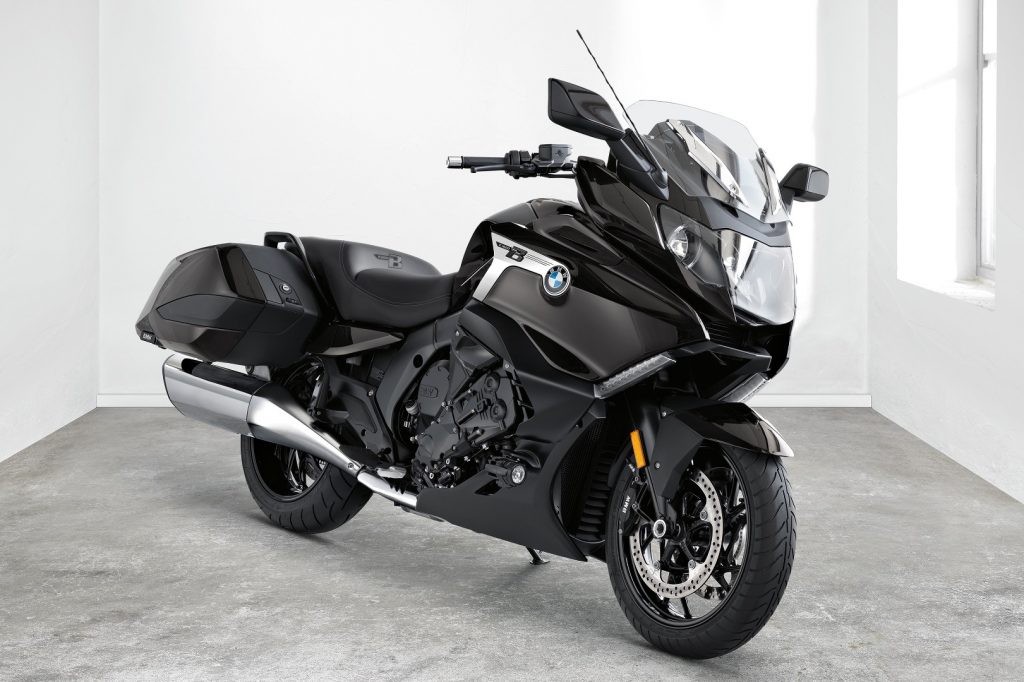 When BMW Motorrad presented its K1600 Bagger concept bike at the Concorso d’Eleganza d’Este in 2015, it was met with a great deal of enthusiasm by the public. So much so, that BMW decided to build one.

It’s called the K 1600 B, a highperformance luxury bagger. Underneath is a familiar six-cylinder in-line engine that is capable of producing 118kW of power.

The bike is signifi cantly lower than the current six-cylinder tourer, and features a significantly longer, stretched out design.

The name of the game is luxury, with all kinds of creature comforts onboard. Some of which include an automated electronic suspension system, reverse assist, shift assistance and a 5.6-inch TFT colour screen.

Suzuki has unveiled its new V-Strom 250 at the Milan Motorcycle Show, EICMA. The small capacity adventure bike is based on the Inazuma 250 and is said to be equally adept at daily riding and […]

BMW revealed its new 2017 R1200GS, with two new versions in the model line-up.  A base model R1200 GS will be available, along with three package options: Dynamic, Comfort and Touring. The range has also […]