Yamaha’s XJR1200 first saw the light of day in 1996, launched into a global marketplace that had made it clear it was looking for big-bore motorcycles with laid-back manners and slightly retro styling. We’ve come to know the category as the ‘Naked’, becoming a cornerstone of motorcycle market share, particularly in Australia and Japan.

Prior to the big Yam taking up its position in showrooms across the globe, Honda had its CB1000F, BMW the R 1100 R, Triumph represented the category with the Speed Triple, Ducati the Monster … all worthy and strong selling offerings, but they left a gap — a big, fat, lazy gap that called for a big statement. Enter the XJR1200. 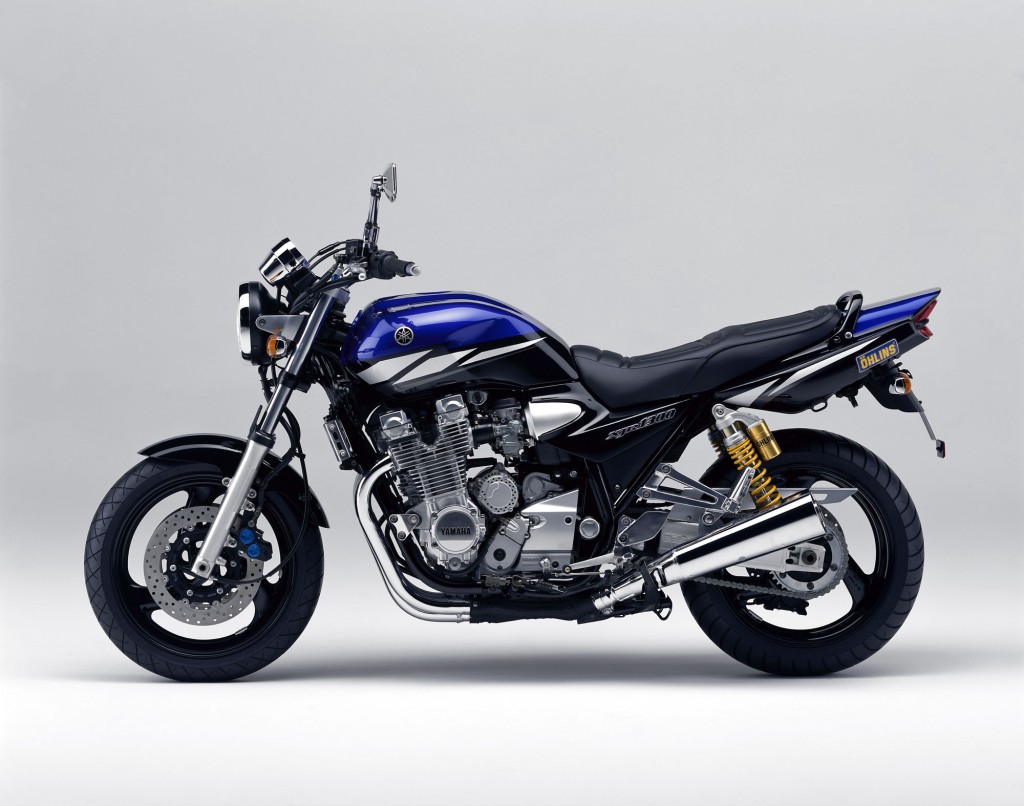 The XJR certainly fulfilled the brief with regard to physical stature, but with 71.5kW at 8000rpm and 91.20Nm at 6000rpm, coupled with a 232kg dry weight, the bike was no rocketship. Little wonder that the bike was relatively staid in the performance stakes. You see, rather than spend a fortune coming up with a dedicated engine for the XJR, Yamaha looked to its venerable but ageing FJ1200 for the powerplant for the new bike. A version of that air-cooled, 1188cc in-line four had been plugging the FJ up hill and down dale since 1985! Surprisingly few tweaks were made to the mill before it was screwed into the XJR. Four 37mm CV Mikunis were fitted (up from 36mm jobs on the FJ), along with a new exhaust system, all aimed at improved midrange. All this was housed in a steel tube double cradle frame with a twin shock rear end and 320mm front discs, with four-pot calipers lifted straight from the FJ.

The bike was a hit, despite its lack of sophistication, and Yamaha recognised it needed to invest in the XJR lineage. In 1999 capacity was upped to 1251cc (via an increased bore size from 77mm to 79mm), with the resultant power and torque increase to 73.7kW at 8000rpm and 98.00Nm at 6000rpm. The XJR1300 was born, and the model designation continues today.

In a brand-positioning exercise, Yamaha looked to deliver the XJR with a degree of exclusivity, and, from late 2000 to mid 2002, the XJR1300SP was available in conjunction with the standard bike. This offered fancy paint, a different seat and Öhlins rear suspension. Buyers in Oz were looking at an extra grand though and the bike was pretty quickly discontinued. In fact, the good stuff remained on the standard model from mid 2002 onwards. Those that parted with the readies must have been smarting about that! 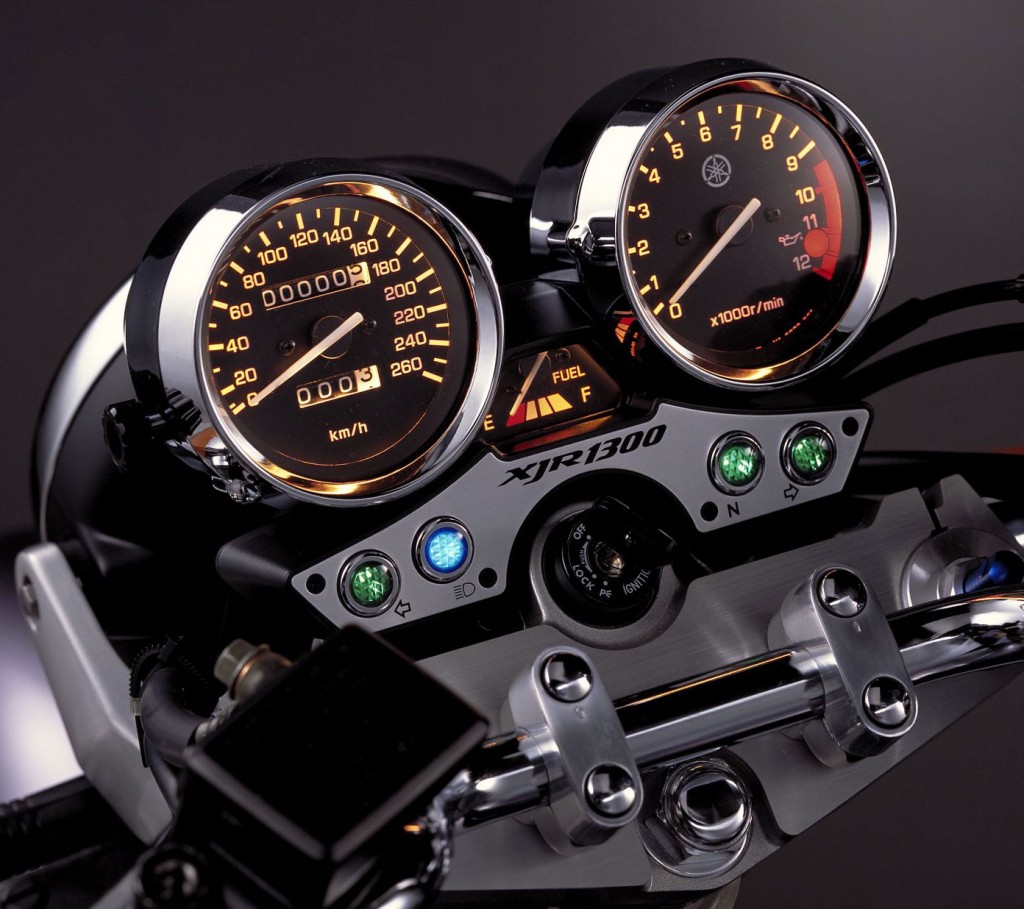 In 2004 the XJR came in for some major alterations. FZS1000-type three-spoke wheels were fitted, and new dual front discs are featured, resulting in lower unsprung weight. Front and rear suspension settings were also stiffened following complaints that the XJR was too spongy, emissions were reduced to well below the levels set by EU2 regulations, and this was achieved by altering carburettor settings and equipping the 4-into-1-into-2 exhaust system with a catalytic converter. Other detail changes for 2004 included multi-function instrumentation featuring a new electronic speedo, as well as modified mufflers and a new immobiliser-equipped ignition switch. Performance figures were now 76.4kW at 6500rpm and 106.20Nm at 8000rpm.

In 2007, the bike got much-revised fuel injection and new cam profiling. The new fuel injection system had the same design as the sub-throttle system featured on the 2004-model YZF-R1. Peak torque numbers arrive a good deal earlier as a consequence, and owners suggest this is a far superior set-up. Figures were 71.9kW at 8000rpm and 108.4Nm at 6000rpm.

The front suspension was changed to limit front-end dive under brakes, there was a new seat, dual circular LED taillights, clear indicator lenses, redesigned side covers, oval mirrors and an immobiliser at standard spec. Dry weight was now down to 222kg.

The XJR1300 is going to please a prospective buyer on most fronts. It’s user-friendly, well finished and boasts an enviable reliability record. It ought to — the donk has been around forever and Yam had plenty of time to get it right. The XJR cannot claim number-one status in the category — the Honda CB1300 is a better all-round motorcycle in this division — but you’ll pay more for one.

The simple truth is that this is a bike built for cruising. Push it hard and you’ll find its limits in pretty short time, the suspension is tuned for comfort. Around town it works very well, belying its size, and those looking for a big commuter should not rule it out. 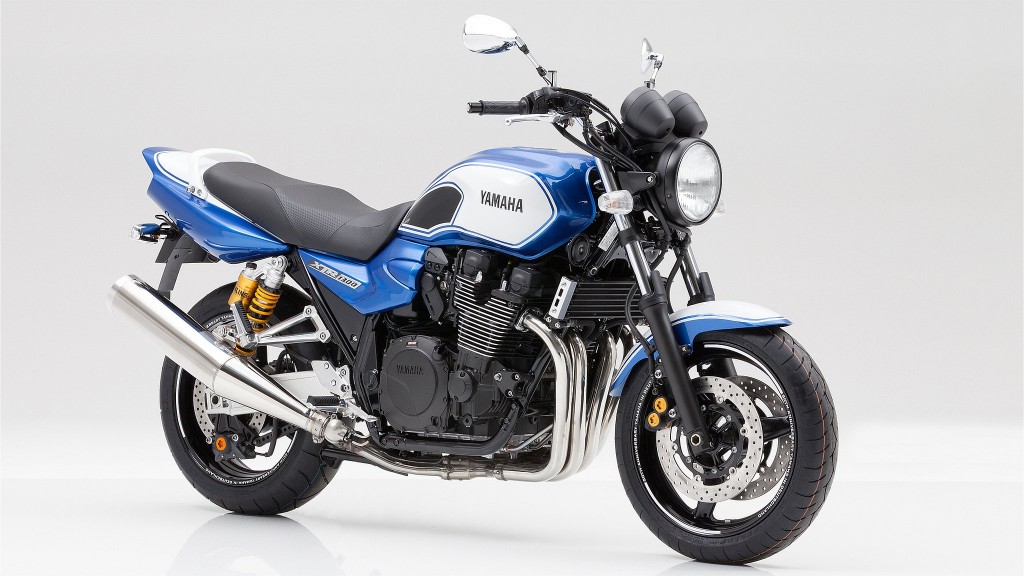 The bike does a fine job of bringing back a different motorcycling era. In fact, it does it a little too well. The fact is, the handling on offer from the XJR feels a little “eighties” and with all that weight on board, pushing on demands a good deal of attention. Keep it all on the conservative side and the bike is very adequate, and comfort for both rider and pillion is first class. Stoppers are a highlight — the ex-R1 brakes are nothing short of superb.

Build quality is good, without being startling. Time eats away at nakeds more than any other category, so look for corroded primaries, fork legs and ancillaries.

Longevity is a strong point. Technicians report no defining technical issues with the XJR, and many owners have put up 100,000km-plus mileages. That’s a big recommendation right there.

This is a potential buy that should be governed to some extent by price. Negotiate hard and you’ll get great value for money for an XJR. If you’re looking for cheap and cheerful motorcycling with a degree of road presence, the 1200 is priced very well — although it has to be said it’s a little long in the tooth now.

We’d be opting for the fuel-injected model (2007 onwards) if funds permit. It’s a much more refined tool.

Ever wondered how good the ADV riding is Tasmania? The Tenere Tragics did and after their recent 2017 Tasmanian Devil Run, they’ll tell you it delivered endless doses of Tenere goodness. It’s the taste of […]

May 4, 2017 a Road Rider contributor Bike Comments Off

We were recently privileged to be invited on the official Australian launch of the new Yamaha Tracer 700 and sent our resident Pommie road tester Nigel along for the ride. Good job too as he’s […]

Yamaha Motor Australia is excited to announce the 2020 MT-03 hyper naked is now available in a choice of three colours; Ice Fluo, Icon Blue and Tech Black. Ride away pricing is $7299 inc GST. […]