The team is set to launch into the new season under the ownership of ER Motorsports, debuting at Phillip Island’s opening round in Victoria between 23-25 February.

In forming a naming-rights partnership with Penrite Oil, the new-look Honda factory Superbike team is under the management of Deon Coote, who now operates Victorian-based road construction company Elite Roads. 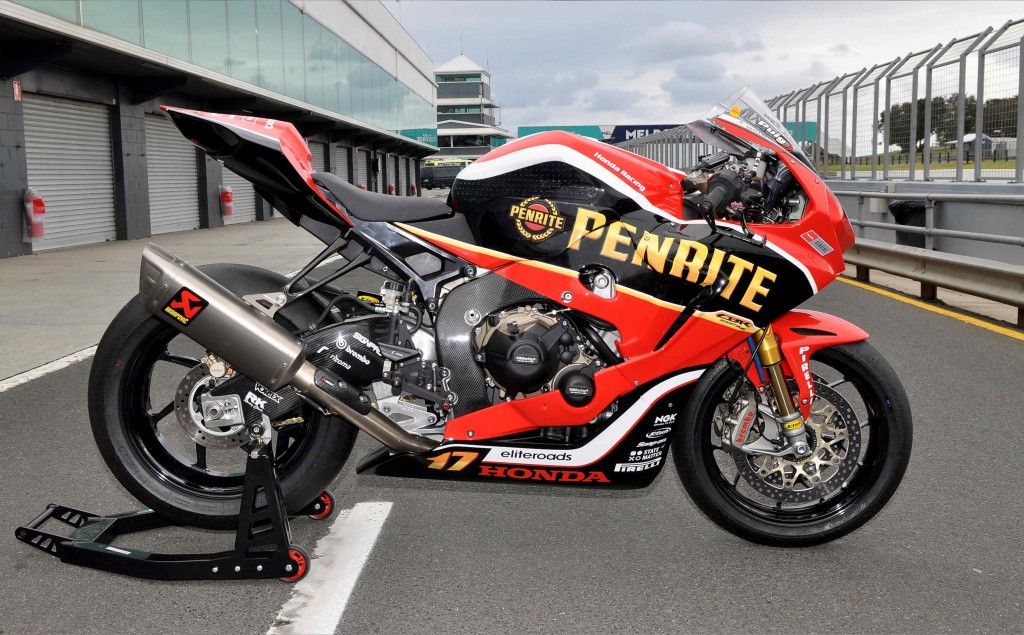 The Penrite Honda Racing team will operate out of a purpose-built facility in Altona to accomodate the ER Motorsports race team alongside Elite Roads. Honda is very pleased to continue its relationship with 2016 ASBK champion Troy Herfoss to line-up aboard the team’s sole CBR1000RR SP2 entry, to be joined by team manager Shaun Clarke alongside his crew of Glenn Granger and Ian Collier throughout the season.

“Launching the Penrite Honda Racing team to contest the 2018 ASBK season is a great challenge for us and one that we are excited to begin with our partners,” ER Motorsports director Coote commented. “Troy is a truly competitive athlete who will be sure to put in 100 percent and we are also pleased to welcome Shaun as team manager, working with Glenn and Ian.” Continued Coote.

“We are really excited about the 2018 ASBK series and seeing Troy Herfoss fight for another championship with the new Honda Superbike team,” Griffiths stated.