While the official announcements hadn’t been made prior to this issue’s deadline, ARR’s sources indicate the Tiger Sport 660 will be a versatile, more road-oriented adventure-style sports tourer, like the Tiger 850 Sport, while the new 1200s are designed to take an even bigger slice out of BMW’s dominant big-bore GS models.

Tiger 660
Utilising the engine from the highly successful Trident in a chassis and suspension designed to take on battered back-road dirt roads as well as bitumen all day, the new Tiger Sport 660 is aimed at bikes like the Kawasaki Versys 650 and Suzuki V-Strom. With the breakout success of the Trident, the new model is hoped to be a strong performer in the 650 sports adventure class.
The Trident imported into Australia is LAMS- approved and unique to this country: we don’t know if Triumph will offer only a LAMS version, two versions or just the international full- power model. 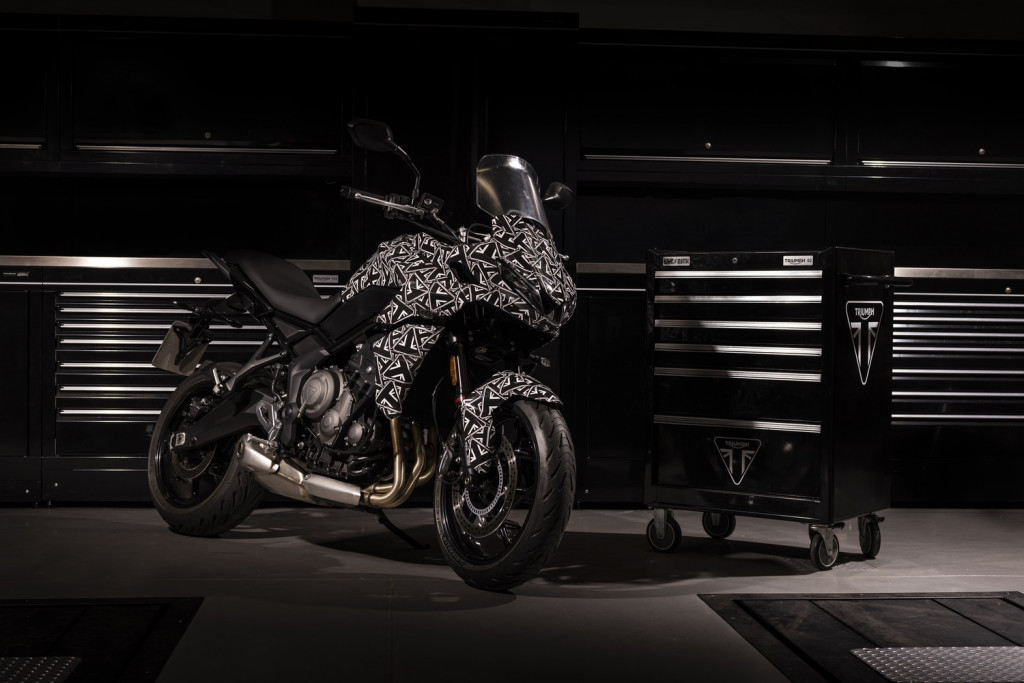 Tiger 1200s
The information we’ve been able to source looks like it’s backed up by the ‘spy’ shots on these pages: the new Tiger 1200 will be lighter, more powerful, more agile and more dirt-focussed than ever before – at least in the model shown here.
Equipping the bike with a laced 21-inch front wheel is the first give-away Triumph is aiming the machine at BMW and KTM’s off- road customers, while the performance of the bike is reflected in the action in the images. Note the double-sided swingarm – the single- sided swingarm ditched to save unsprung weight. There’s also Showa semi-active suspension and a host of updates to the electronics.
Triumph is staying with an inline triple engine, but we expect it’ll have the T-plane 270-degree Triple Crank firing order first seen on the current 900s.
However, the bulk of sales aren’t at the extreme dirt end of adventure riding, so we’re expecting a Tiger 1200 with a 19-inch cast front wheel and a bit more road focus as well.
Our information is also pointing toward a large-tank version of the bike to compete with the R 1250 GS Adventure.
When Triumph released its Tiger 900s, it named them GT (for the more road-biased models) and Rally (with a more off-road focus) – they have been really successful, so that naming might just appear in the new 1200s too. 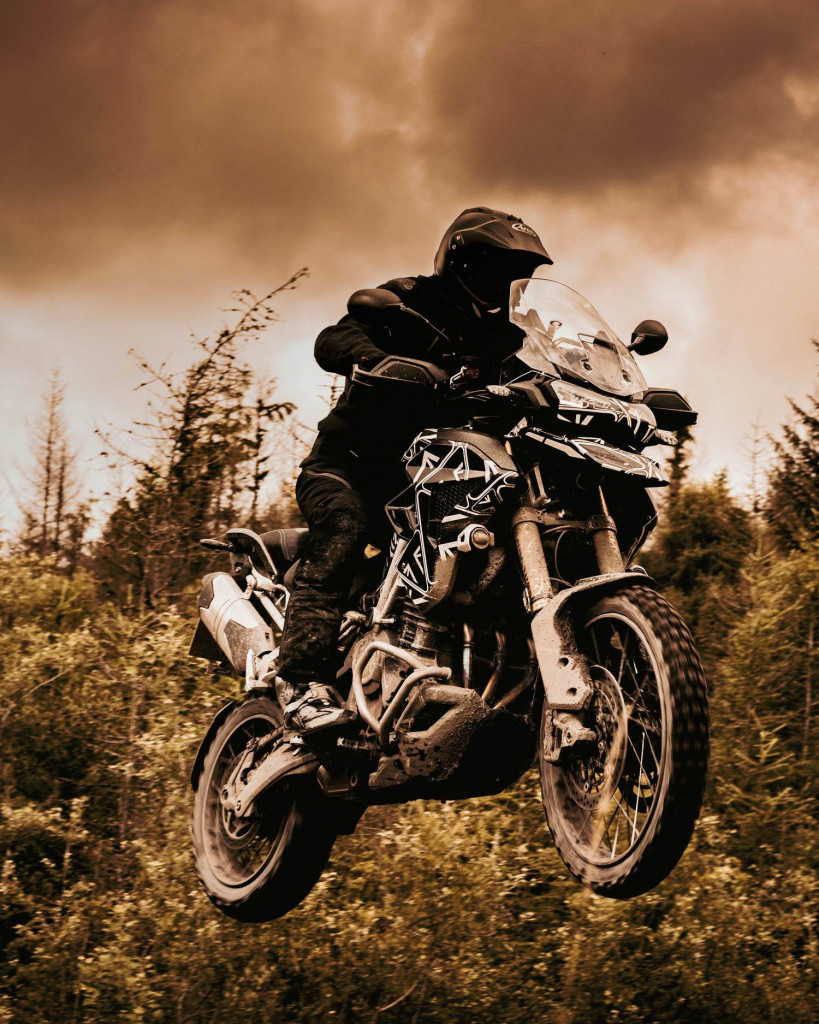 Not heavy, not a V-twin and not expensive. What’s not to like? Words and photos Nigel Paterson   Honda, the world’s largest motorcycle manufacturer, doesn’t offer many big bikes for sale these days. There are […]

Triumph has announced special edition Rocket 3R and Rocket 3GT models will go on sale as soon as next month (or possibly May). With just 1000 of each model being built they could well become collectable. Powered […]

Sweet! The new Street Twin, the base model in the revised Triumph Bonneville range, is exactly what we hoped: cool, cute, pretty and oh so much fun to ride. Streaming over the Black Spur, it […]